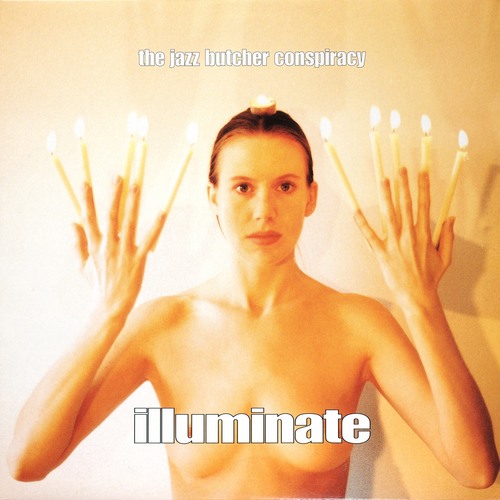 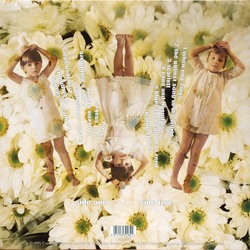 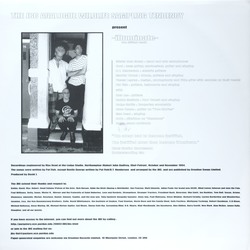 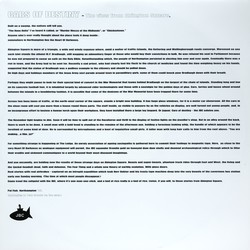 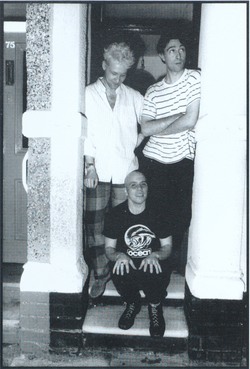 Cars Of Destiny - The view from Abington Square

Built on a swamp, the natives will tell you.
"The Nene Delta" I've heard it called; or "Murder Mecca of the Midlands"; or " Chickentown ."
Anyone who's ever really thought about the place feels it deep inside; somewhere in Northampton lies the Heart Of Darkness.

Abington Square is more of a triangle, a wide and windy expanse where, amid a welter of traffic islands, the Kettering and Wellingborough roads converge. Marooned on one such islet stands the atheist M.P. Bradlaugh, still wagging an admonitory finger at those who would buy their convictions in bulk. He was refused his seat in Parliament because he was not prepared to swear an oath on the Holy Bible. Notwithstanding which, the people of Northampton persisted in electing him over and over again. Eventually there was a riot in town, and the Army had to be sent for. Recently a sad priest, who had clearly lost his flock to the church of medicine and found the time weighing heavy on his hands, suggested that the statue of Bradlaugh was a godless example to the citizenry and should be pulled down.
On high days and holidays members of the Jesus Army sect parade around town in paramilitary garb; some of them could knock poor Bradlaugh down with their breath.

Perhaps they might pause to look for their special kind of convert in the War Memorial that looms behind Bradlaugh on the largets of the chain of islands. Standing long and low on its concrete football feet, it is inhabited largely by advanced cider technologists and those with a nostalgia for the golden days of glue. Cars, lorries and buses wheel around between the islands in a bewildering fashion; it is possible that some of the denizens of the War Memorial have been trapped there for some time.

Across two busy lanes of traffic, at the north-west corner of the square, stands a bright new building. It has huge glass windows, for it is a motor car showroom. All the cars in the show room will cost you more than a house round these parts. The staff inside, as visible to passers-by as the vehicles on display, are well turned out young people, and, in an incongruous effort to bestow a human touch upon their workplace, they have installed there a large toy leopard. Or jaguar. Cars of destiny - the JBC salutes you.

The November light begins to dim. Soon it will be time to spill out of the Racehorse and thrill to the display of festive lights on the jeweller's shop. But in an alley around the back, there is work to be done. A small man with a bald head is standing in the remains of the afternoon sun, holding a ferocious looking whip, the handle of which appears to be the forelimb of some kind of deer. He is surrounded by microphones and a knot of inquisitive small girls. A taller man with long hair calls to him from the roof above: "You are making... a film, ja?"

For something strange is happening at The Lodge. An unruly association of aging sociopaths is gathering here to commit their feelings to magnetic tape. Here, as close to the very Heart Of Darkness as analogue equipment will permit, the JBC squander Kremlin gold on honeyed dum-dum shells and doomed archaeological relics through which to filter their erudite and sickened communiques to the world beyond their most diseased imaginings.

And you uncannily, and holding now the results of those strange days on Abington Square. Beasts and super-beasts, phantom truck rides through East and West, the living and the (jackal-headed) dead, faith and delusion, The Fear Thing and a whole new theory of earthly evolution. With glass doors.

Real stories with real airbrakes - captured on an intrepid expedition which took Herr Doktor and his trusty tape machine deep into the very bowels of the cavernous bus station early one Sunday morning. (the time at which most people disappear.)

Come trawl the zeitgeist with the JBC, where it's one-man-one-stick, and a bed of rice really is a bed of rice. Listen, if you will, to these stories from Abington Square.

Pat Fish , Northampton '95
(Apologies to Peter Crouch re: the cars.)

The JBC extend their thanks and respects to:

"The adept had to become justified.
The justified must then become illuminate."

If you have access to the internet, you can find out more about the JBC by calling http://purgatory.ecn.purdue.edu:20002/JBC/jbc.html

The Butcher Says..
New JBC lp duly completed in secure Northampton location. 1994 live line-up stumbled through a series of tunes and such under Butcher's direction, aided and abetted by a number of the usual suspects; Alex Lee on guitar, Alex Green on saxes, that sort of thing. Max Read was engineer for the session, and he also contributed a lot of the backing vocals. He is a good looking chap, non-smoker, very able and agreable. Judge Curtis was on hand to play the Hungarian Stock Whip.

A chap from Stranger Tractors called Bolly played dijeridoo on one number. Writer currently unable to establish JBC motives behind this. Musical Dave, of Northampton combo Ubu Swirl (Do they know that the JBC call them "Hobo Swill"?), contributed a spiffy guitar, and there were further vocal contributions by friends and family. The WOLFS, I am assured, are not a sample. The Butcher mixed one or two of the shorter tracks, but the vast majority of the mixing was handled - in his own inimitable style - by producer David J. . David gave the impression that he was having a whale of a time.

The JBC themselves are agreed that "Man 0f The Match" on this record has to be Dooj Wilkinson . Apart from dismissing his bass parts in about 36 minutes, he also contributed guitar and some astonishing backing singing....and he plays the SYNTHESISER! Moves instituted by the drummer to entitle the album "DOOJ IS COOL" were, however, swiftly and brutally suppressed by the ruling junta.

The Jazz Butcher Conspiracy's new long player has been titled, mastered, cut, approved, decorated, roached and smoked. After lengthy (like, stupidly lengthy) deliberations, the title finally settled upon is "Illuminate" (which is to be pronounced, in order of preference, i) as an adjective, like "illiterate", ii) as the Italian feminine plural of "Illuminati" or, iii) if you simply must, the obvious way) (see how useful advance information can be.. imagine how you will be able to laugh at your poorly-advised friends when they call the record Illumin8 like the bourgeois proles you most certainly aren't). The discussion was diverted from its original course with the arrival of Jean-Pierre Loonie's artwork, which features (as alluded to in " Cute Submarines ") candles-a-gogo, and a religious lunatic from, we are assured, Idaho with rather less sartorial wherewithal than might be considered...erm... decent. It was this latter factor which swayed from our original "final" choice of "Beasts and Superbeasts" for, perhaps a little rarely for the JBC, taste had to prevail. The mastered version sounds markedly better than the original mix, a fact for which we are all grateful, and we now have some hopes for people actually liking this waxing (as Fishy said to me on the telephone only the other day, it's right up the Jazz Butcher fan's STUPID street).