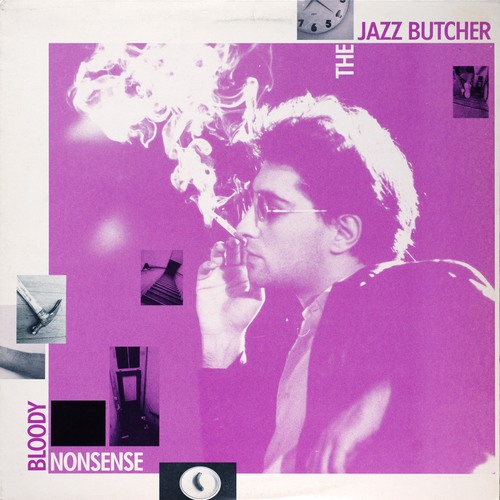 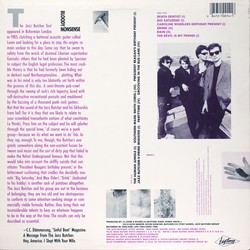 The Jazz Butcher first appeared in Bohemian London in 1983, clutching a battered acoustic guitar called Lenin and looking for a place to stay. His origins remain unclear to this day. Some say that he swam to safety from the wreck of doomed Liberian supertanker Gonzolo; others that he had been planted by Speznaz to subject the English legal profession. The most credible theory is that he had formerly been hiding out in darkest rural Northamptonshire.. plotting. What was in his mind is only too blatantly set forth within the grooves of this disc: A semi-literate pub-crawl through the swamp of rock's rich tapestry, laced with self-destructive recreational pursuits and maddened by the buzzing of a thousand punk rock guitars. Not that the sound of the Jazz Butcher and his Sikkorskis from hell (for it is they that are likely to relate to your scrambled transatlantic notions of what constitutes Le Pernk). Press him on the subject and he will sputter through the special brew, "of course we're a punk group - because we do what we want to do" fair. As they say, enough. To me, though, the Butcher's axe grinds somewhere along the non-existent fusion between soul music and the sort of dirty pop that failed to make the Velvet Underground famous. Not that this would take into account the skiffy suicide that constitutes President Reagan's Birthday Present , or the bittersweet cushioning that cradels the decidedly neurotic Big Saturday . And Max Eider's D.R.I.N.K. (dedicated to his hobby) is another sack of potatoes altogether. The Jazz Butcher and his group are not in the business of belonging; they are too old and too obstreperous to conform to some attention-seeking image or commercially viable formula. Rather, they bring their not inconsiderable talents to bear on whatever happens to be in the way at the time. The results can only be described as essential.

A message from the Jazz Butcher: Hey, America, I Slept With Your Wife