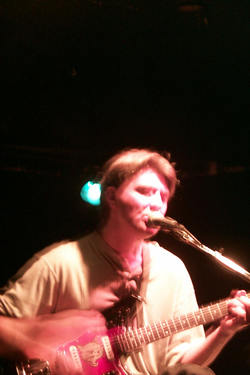 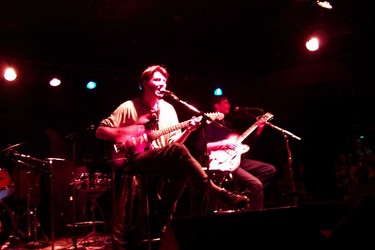 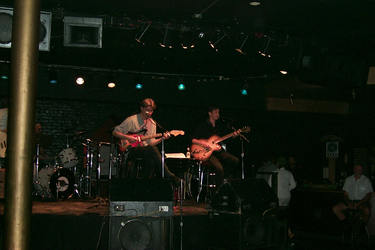 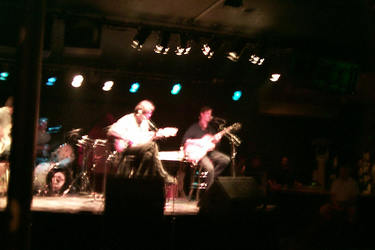 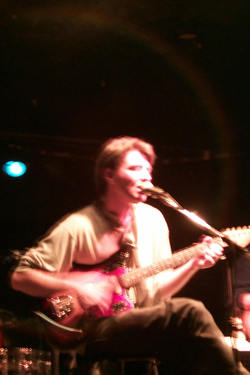 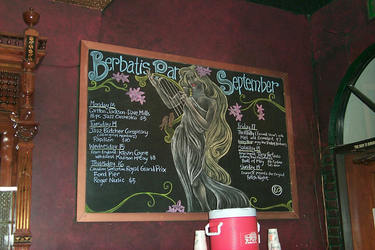 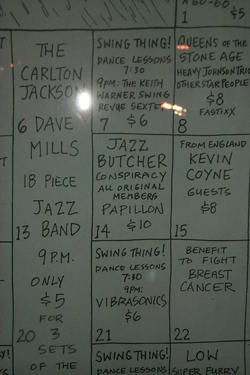 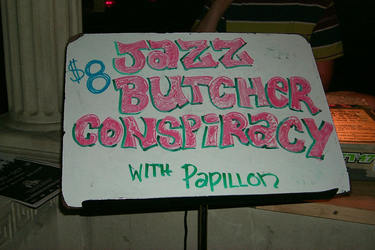 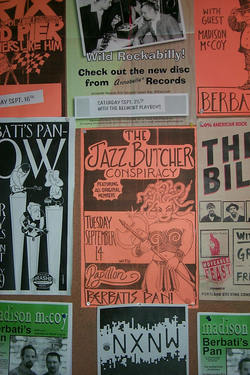 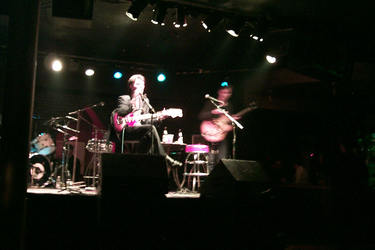 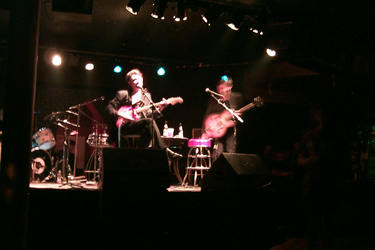 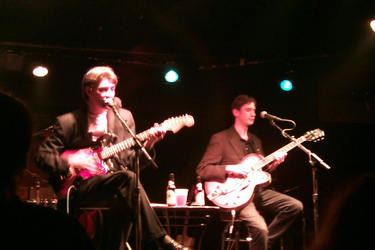 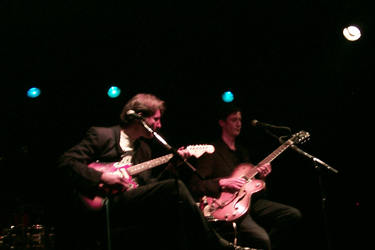 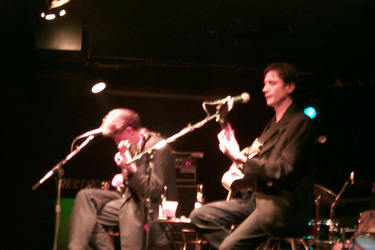 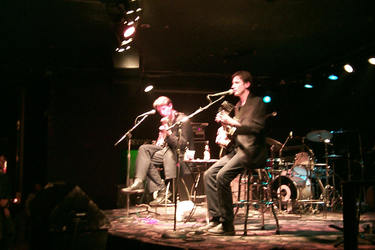 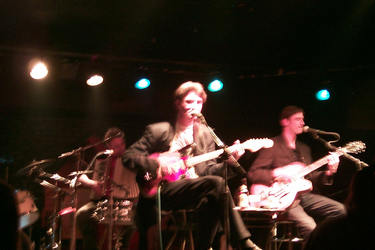 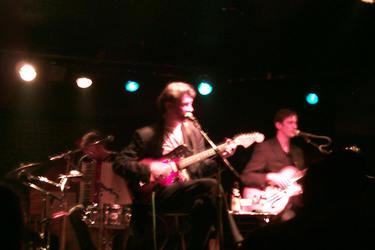 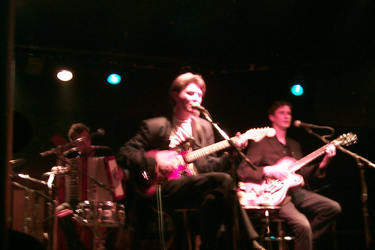 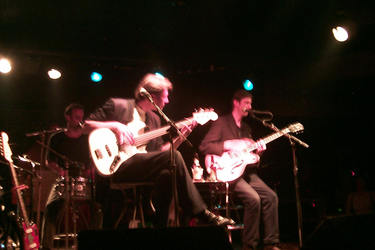 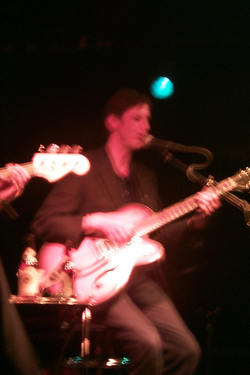 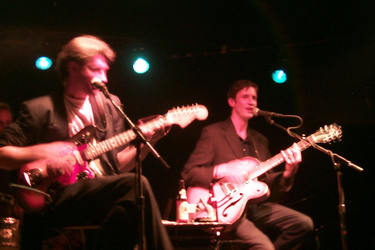 With Kevin off to a wedding for a couple of days we set off into the Pacific Northwest as a quartet. Owen switched to drums, making this perhaps the most faithful recreation of the old mid-eighties line-up so far. Papillon, the opening band, were kinda interesting, veering from Serge Gainsbourg (their singer/guitarist/leader is French) to Jefferson Airplane. Very nice people, too.

A Tuesday night in Portland only yielded an audience of about a hundred, but despite this and the fact that the band sat down to play, it was arguably the best set of the trip so far in purely musical terms. Steve had really settled in on the bass and looked sharp as a sharp thing in his suit.

After the show we hung around the club, which was rather an agreeable and civilised place (free water for the ravers, for example) and got to meet Courtney from the Dandy Warhols. Then it was off to stay at the train drivers' hotel. Many thanks, David Estes, for that tip.

Man of the Match: Steve