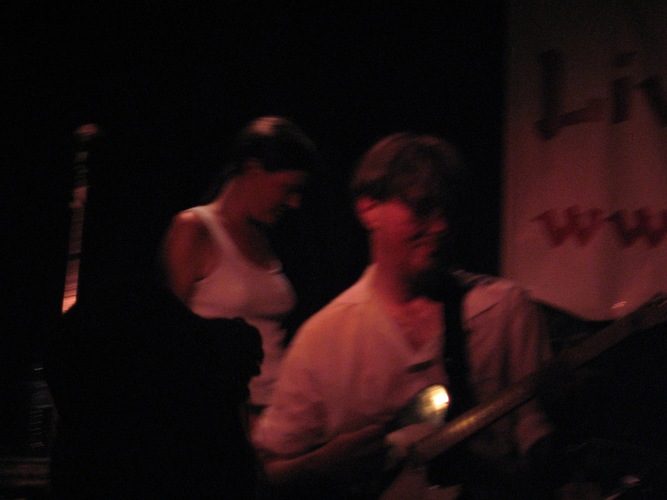 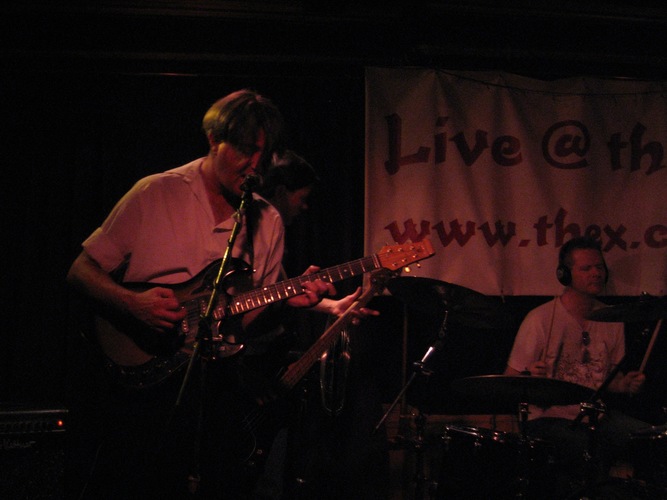 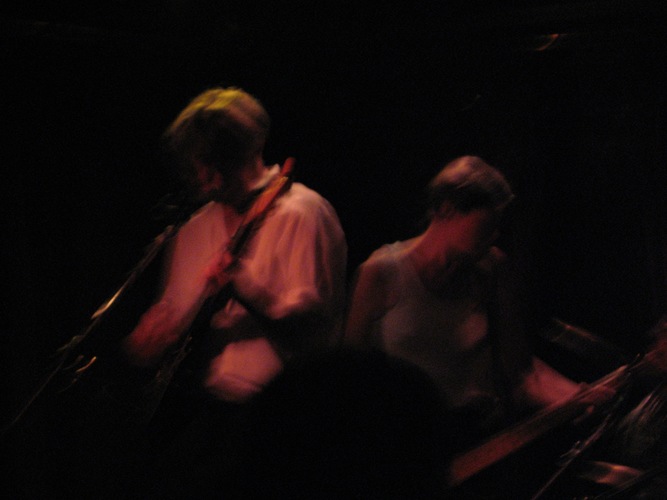 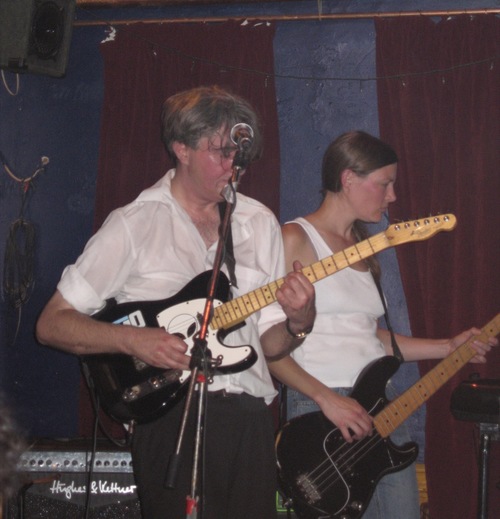 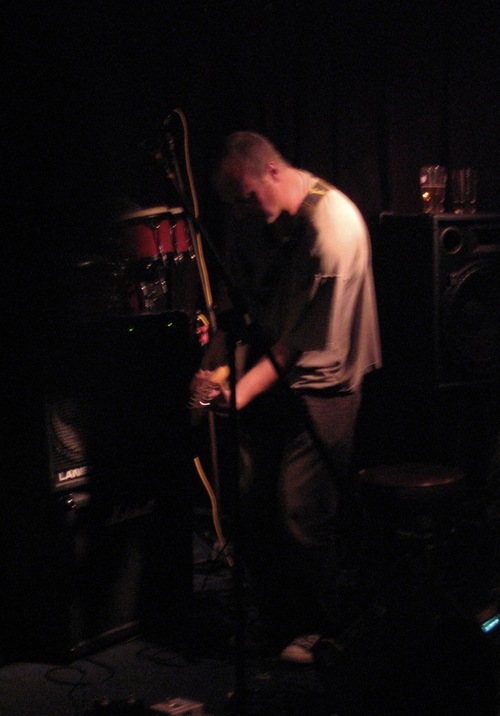 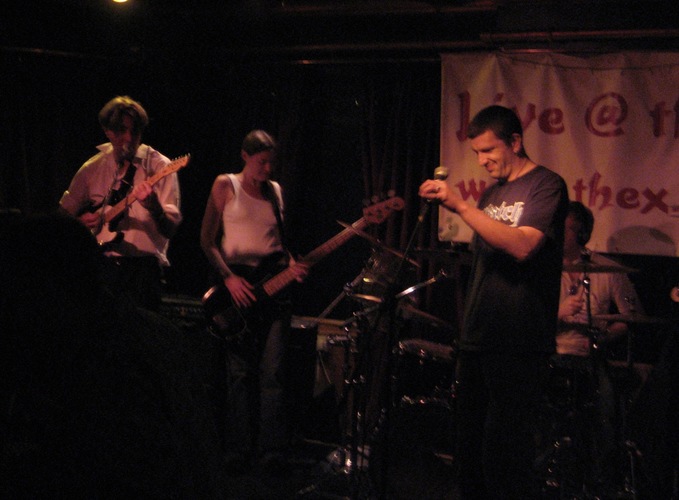 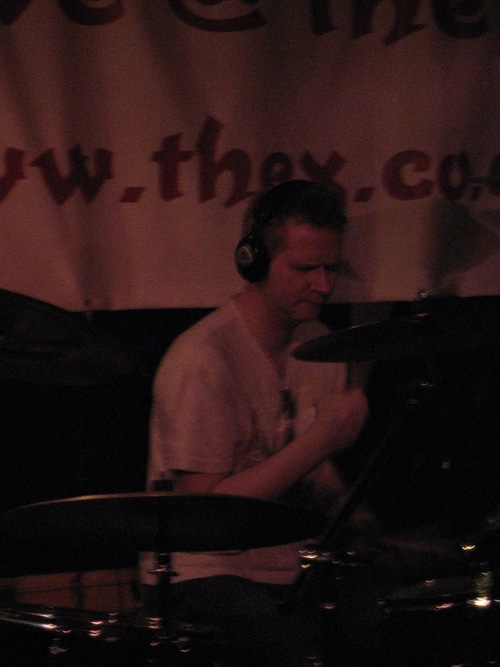 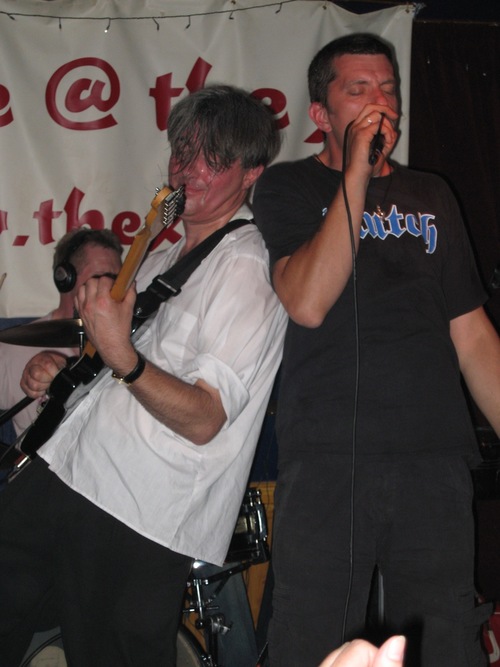 Location, a pub so far down the Cowley Road that the road changes its name; time, a time so stretched that Saturday was well on the way to becoming Sunday; temperature, hot enough to mute pickups, melt amplifiers, and leave musicians drenched. Stage: small but perfectly formed: the mike stand stood on the floor, and effects pedals perched perilous at the edge of the abyss. This was the first time I'd seen Wilson, but it looked and sounded to me like they were on form, raging against the machine, and enjoying themselves at the same time. With a taut percussive backbone, all-seeing eyes, and a hairy hide, the Wilson monkey is an impressive beast, and a beast that will invite you to dance.

We did, for this experience, have to pay the penalty of listening to a painfully uncharismatic rhythm & blues covers band who shall remain nameless (and the name is ludicrous); on the other hand, support act Mary's Garden were swaggering and panoramic, and are well worth seeking out.

There are photos, mostly murky, at:

The gig was indeed awesome, and Wilson were worth waiting for. Come back to Oxford soooon! Look forward to seeing you at Wittstock, if not before...