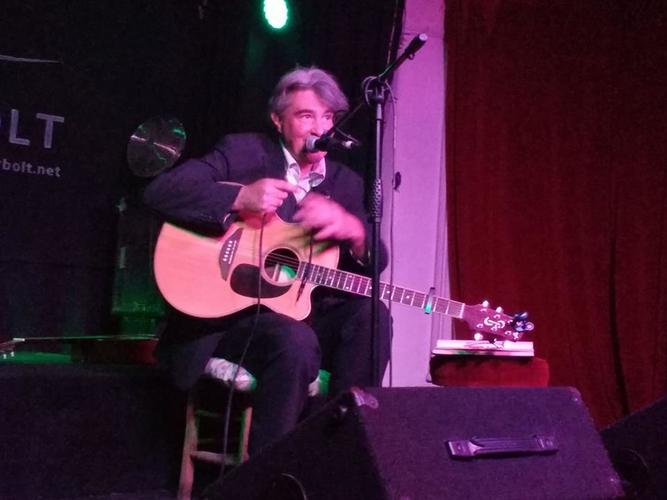 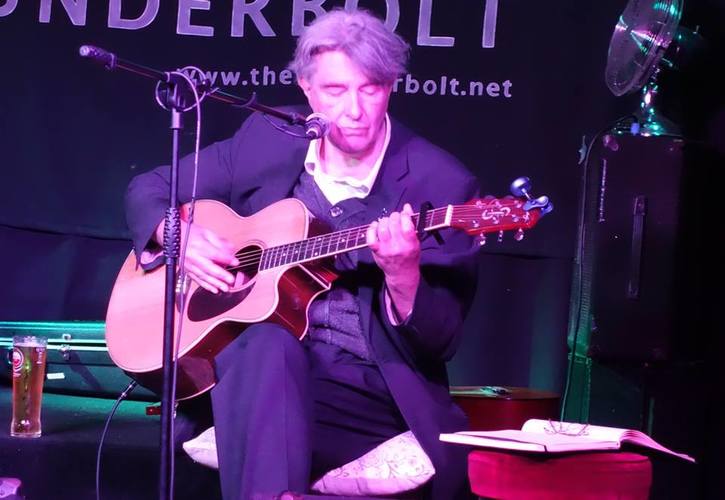 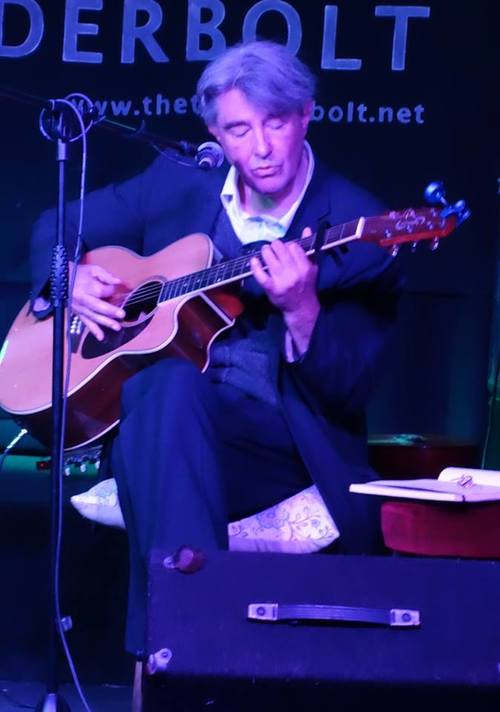 "Along with Alan Moore and Rockingham Castle, Pat Fish remains a Northamptonshire institution. Boozer, intellectual and troubadour, Fish has released an entire canon of Jazz Butcher albums since the early eighties and has intermittently reformed the JBC to critical plaudits.”

“Pat Fish, the Jazz Butcher, is one of the most brilliant incisive pop writers that Britain has produced since the glory days of Ray Davies and Pete Townshend.”

Born in West London at a time that left him just too young to be a hippie and just a little too old to be a punk, Pat Fish grew up in an era where the Bonzo Dog Band appeared on children’s television, Syd Barrett was on Top of the Pops and the Adult World was represented in shows like The Avengers and The Prisoner. Disappointment was an inevitability.

Fish failed to “get” the glam rock thing (probably too much of an excitable wee football fan) and found that the seventies drove him down some fairly obscure musical paths before punk rock came along to save the day. By then, however, all those mad little songs by Eno, Syd Barrett, Kevin Ayers, Daevid Allen, John Cale, Peter Blegvad and Tony Moore were already locked up in his head.

SHORT STORIES: Formed in 2007 in Bristol, England by Tim Rippington and Stephen Miles. Tim and Stephen were at school together, a year apart but sharing the same musical values that made them firm friends. After school, the two went their separate ways – Tim spent the next twenty years playing in various indie bands such as the Flatmates, the Five Year Plan and later the Beatnik Filmstars. He also ran his own recording studio for five years, and produced records for, amongst others, the now legendary indie label Sarah Records. In 2003 Tim formed a new band Forest Giants, who made four great LPs before folding in 2007. In the meantime, Steve became a school teacher, dabbling only briefly in music with a spell as drummer for Bristol indie band Modesty Blaise.

In 2007 the two met for the first time in 20 years, and discovered that they still had much in common and The Short Stories were born. Since then several albums and singles have been released which can be heard here, https://theshortstories.bandcamp.com/

A very pleasant evening, much enhanced by Chef Watson and his most excellent rice, peas and plantain.