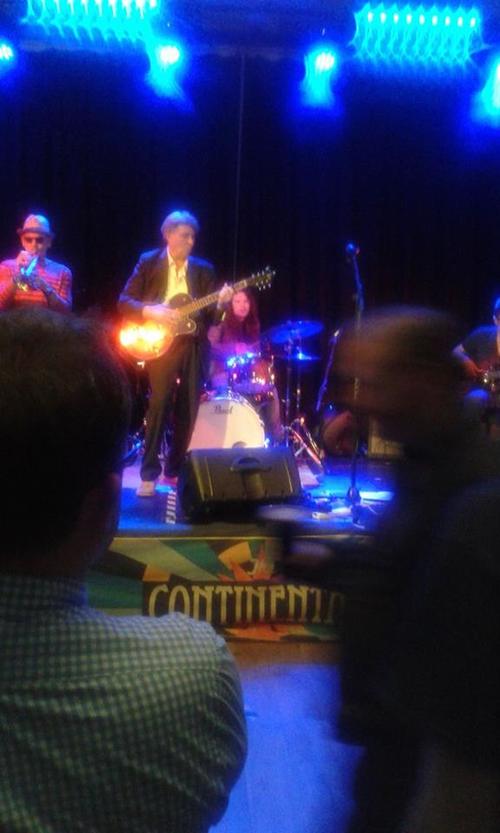 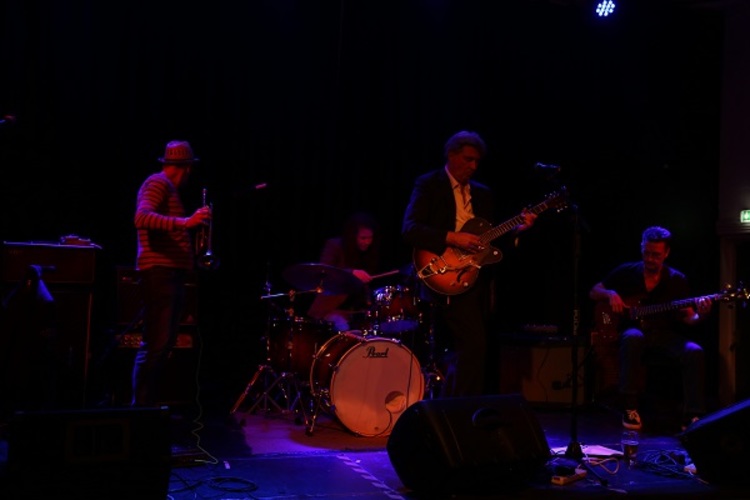 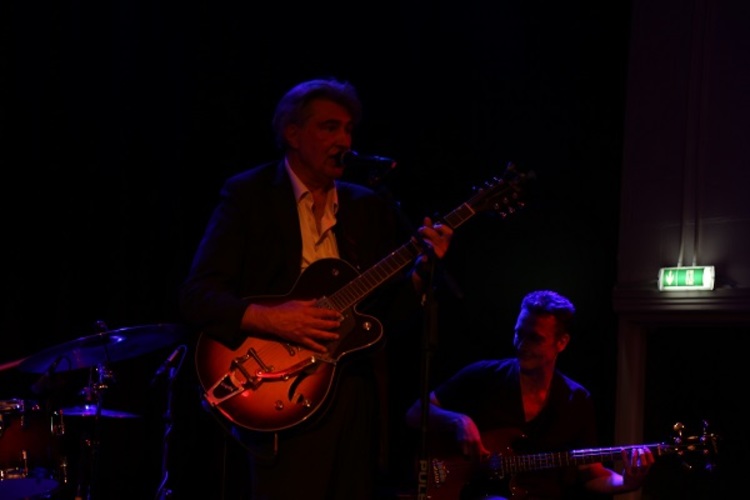 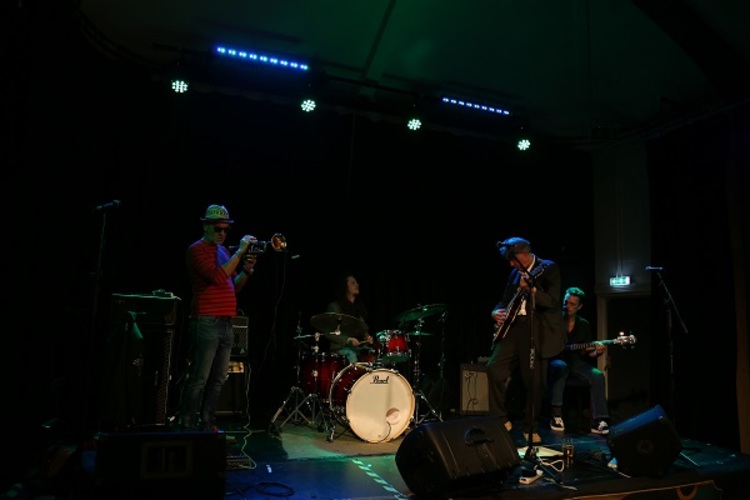 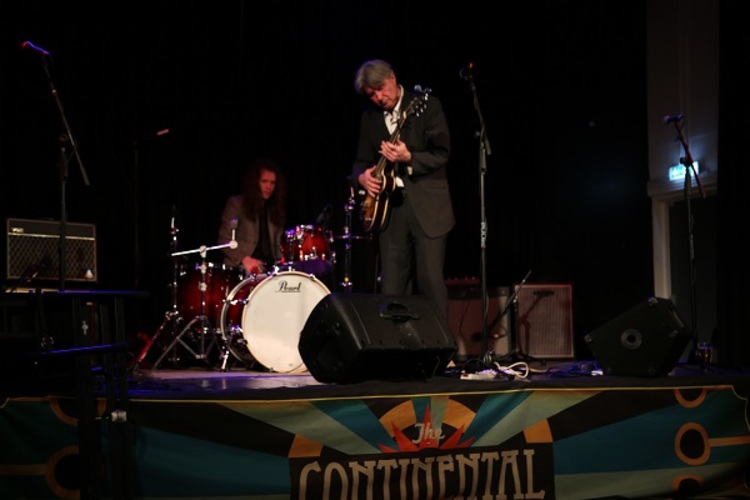 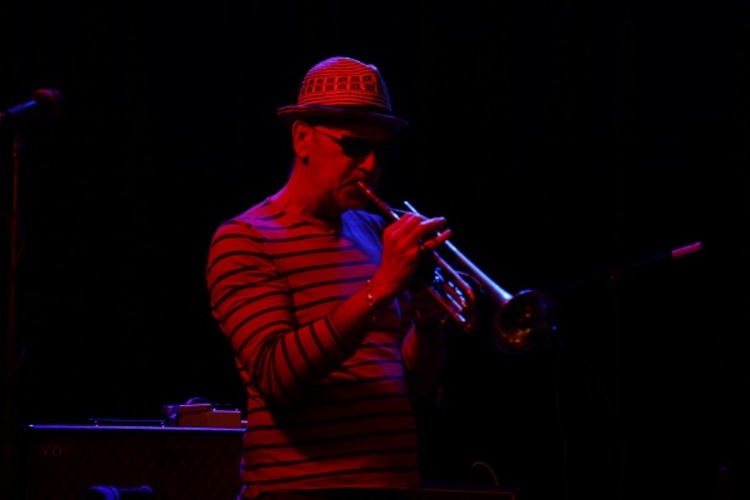 Last Day Deaf is more than proud to announce that is Media Partner for the 8th April double bill (The Jasmine Minks, The Jazz Butcher Quartet) that will take place at The Continental, South Meadow Lane.Preston, UK.

The event is co-organised by Tuff Life Boogie & They Eat Culture.

Formed in Aberdeen in 1983 before quickly re-locating to London, The Jasmine Minks were initially a quartet of Jim Shepherd (guitar/vocals), Adam Sanderson (vocals/guitar), Martin Keenan (bass guitar), and Tom Reid (drums/vocals). Alan McGee picked up on the band early on, and their first single, “Think!” (CRE 004) was in the second batch of releases on McGee’s fledgling Creation label in 1984. An amazing blast of fresh air and optimism, it was recorded for the princely sum of £50 at Alaska Studios, Waterloo. Another superb single, ‘Where The Traffic Goes’, and 18 minute mini-LP ‘One Two Three Four Five Six Seven, All Good Preachers Go To Heaven’ followed in quick succession before the end of 1984. All these records had a fetching, moddish art-pop slant and received outstanding reviews, with the Minks being nominated by NME as one of the best new acts in Britain.

Following a European tour, supported by McGee’s new protoges The Jesus and Mary Chain, The Jasmine Minks put out a punkier, Buzzcocks inspired, single, ‘What’s Happening’ in 1985 before embarking on recording their debut full length album, set to be named ‘Everybody’s Got to Grow Up Sometime’. This eventually emerged 18 months later, self-titled and patched together from a variety of different sessions after the original tapes were abandoned. In-between times in 1986, the band released ‘Cold Heart’, a song that McGee had originally cut from ‘Preachers’ but which turned out to be their biggest selling single, single of the week in NME, and it also secured them a John Peel session. At this point Sanderson left the band and it took some time for Shepherd to take up the reins and carve out a new future for the Minks. Jasmine Minks returned in 1988 with a new line-up, helmed by Shepherd (now on lead vocals and also sole songwriter) and their best album ‘Another Age’. This was an altogether more accomplished effort with a reflective mood, including the stand-out track ‘Cut Me Deep’, which also featured on Creation’s ‘Doing It For The Kids’ compilation the following year. Sadly, The Minks new crafted and considered approach was out of touch with the baggy loved-up zeitgeist and they managed just one more album , 1989’s ‘Scratch The Surface’ before they drifted apart in the early 90s. However, Jim Shepherd’s restless muse has led him to reconvene the Jasmine Minks several times since then, and McGee also never forgot his “amazing, unknown gem of a band” either, funding another album ‘Popartglory’ in 2001 on Poptones, the label he started after Creation’s demise. One of the tracks on that record, ‘Daddy Dog’, attracted an unprecedented period of notoriety for the band in Scotland, helped by featuring firebrand socialist politician Tommy Sheridan. It is now 5 years since their last shows, and Jasmine Minks will be returning in 2017 playing their classic album ‘Another Age’ in full at their comeback show at The Continental.

“The Jazz Butcher is one of the most brilliant incisive pop writers that Britain has produced since the glory days of Ray Davies and Pete Townsend. Criminally overlooked by a media obsessed with the next big thing instead of what is actually good. A truly great songwriter” Alan McGee, president , Creation Records

The Jazz Butcher is the nom de guerre of Northampton’s Pat Fish, who over the years has masterminded various Groups, Conspiracies, Sikkorskis from Hell and, latterly, a Quartet.

A cult figure right from the start, The Jazz Butcher developed a not altogether serious sozzled Brit pop aristocrat persona, a million years before Brit Pop, with musical nods to Jonathan Richman (‘Roadrunner’ was memorably covered by the Butcher early on), Robyn Hitchcock and Lou Reed.

Pat formed the band in Oxford in 1982 (after he had previously been a member of Wow Federation while at university in the city) with Max Eider, who proved to be the Butcher’s most loyal co-conspirator. Max has now retired, but features on most of The Butcher’s 15 or so albums released since then, beginning in 1983 with ‘Bath of Bacon’, on Glass Records, alongside fantastic debut single ‘Southern Mark Smith’, regarded by absolutely everyone who’s heard it as one of the best songs of the eighties. Further albums on Glass, ‘A Scandal in Bohemia’ and ‘Sex and Travel’ featured guest appearances from David J and Kevin Haskins of Bauhaus.

In 1988 The Jazz Butcher instigated a transfer to Creation Records, where he became one of the label’s best loved acts, releasing seven albums for the label starting with ‘Fishcotheque’ in 1988 and ending with ‘Illuminate’ in 1995, with loads of drunken touring in-between, establishing enclaves of Butcher fanatics all over Europe and the States.

Thereafter, Butchery continued, but very much underground, with only occasional peeks over the parapet such as the ‘Glorious and Idiotic’ album on Roir in 2000, until the Butcher’s legion of followers worldwide crowd-funded the ‘Last of the Gentleman Adventurers’ album in 2012.

Renowned archive trawlers Fire Records, have recently started up a Jazz Butcher reissue campaign, beginning in Feb 2016 with the long sold out ‘Adventurers’ album, and Pat is also back with a new band, the Jazz Butcher Quartet. Whilst Pat is often out and about solo in Northampton and the South, full Quartet shows are pretty rare, and he’s also not played in the North for a long time, so don’t miss this opportunity to see the legendary Jazz Butcher and his band at The Continental.

Preston went really well, with a really warm, responsive audience and a very kind host in Rico la Rocca, who put the show on. The venue was in a lovely corner of town by the river, the weather was beautiful. People came from Hamburg, Munich and South Herefordshire, which, in its own way, is perhaps most impressive of all.

The Quartet went out for the first time with electric instruments and drum sticks in place of brushes. To be honest, we didn't think that our sound had particularly changed: we knew that it was more dynamic, with a bit more support for Simon as he wigged out, but we still pretty much figured that we were identifiable as the Quartet. The audience, on the other hand, felt differently. They seemed to think that we had rocked things up significantly. Nobody, of course, was ready for Simon Taylor. Words like "Jesus", Davis", "Miles", "Mary" and "Chain" were used later.

We had a wonderful evening. Many thanks to Paul Williams for his driving skills and his essential medical interventions.