See, there's been some big, big things, and some are bigger than others,
And when one might get up and go out of the room, he gets replaced with another.
Now some of these are monsters, the kind that live in the lakes (WHEURRRR!)
And other kinds are like Metal Men, and other kinds are BIG SNAKES.
But they don't look like nothing, they don't look like nothing at all.
They don't look like nothing when you put them up against Caroline Wheeler's Birthday Present.
That's: CAROLINE WHEELER'S BIRTHDAY PRESENT.
Did ya get that, Joe? (CRAZY!) ESTER, I'M WAITING...
Ner! Ner! Ner!
SAUSAGES! Caroline Wheeler's Birthday Present was made entirely from the skins of dead Jim Morrisons (Scattered over dawn's bleeding highway, I suppose...): that's why it smelled so bad.
Caroline Wheeler checked into the lobby of the Bruce Grobelaar Leisure Centre

Liverpool and Zimbabwe goalkeeper of the 1980's

(they check in, but they don't check out) - she was looking for a room where she could sit down and get herself back in order (ORDER!)...
SHEESH!, thought Caroline, What the HELL was that? (Edgar Wallace!)
So she goes to the elevator, she thinks "Well, that'll be pretty straightforward" (Yes, STRAIGHT UP, Caroline...) You know what she finds?
The elevator breaks down with Caroline and the fish in it.
(Fish?) (Uh-oh...)
Do you know what happens if you leave a fish too long in an elevator?
You don't? (Uncontrollable Celtic whooping from Jones)
Well, here's a clue: fish is biodegradable. (THAT MEANS IT ROTS.)
Ner! Ner! Ner!

Buy These Records
Marnie
An attempt to force a meeting between the steaming tropical jungles of Bangladesh (where the tigers live) and the frozen stepps of Siberia (where the Siberian tigers live). 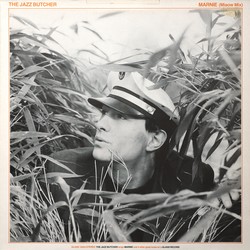 A Scandal In Bohemia
The Albatross. A record, I feel, of its time. We were young(ish) and cocky and I think it shows. I still haven't learned to sing on this one, which bugs me too. Still, it was cheap and cheerful, and it helped us to meet an awful lot of people.
Purchase Now
( www.amazon.com ) 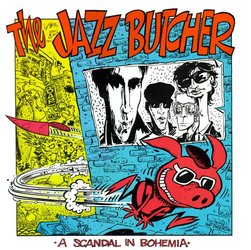 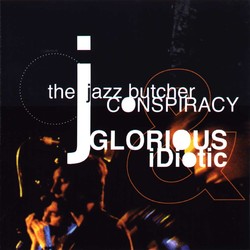 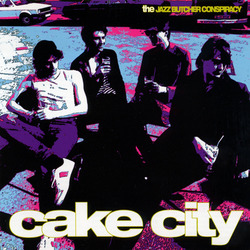 The Butcher Says..
Do you know what happens if you leave a fish too long in an elevator? Educations.
Source: A Scandal In Bohemia liner notes