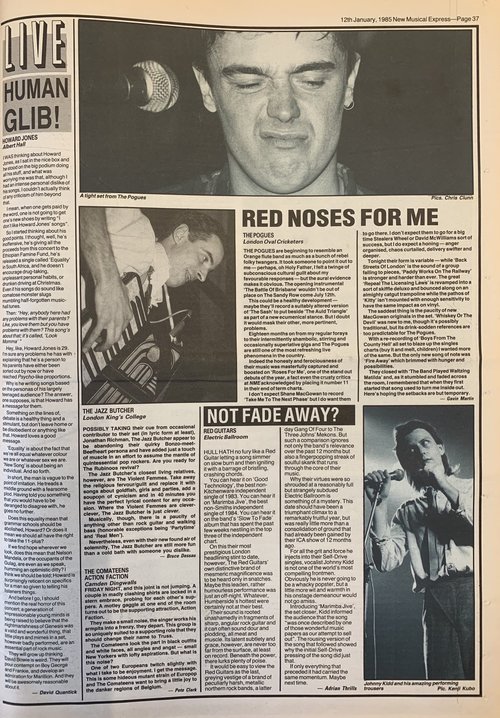 POSSIBLY TAKING their cue from occasional contributor to their set (in lyric form at least), Jonathan Richman, The Jazz Butcher appear to be abandoning their quirky Bonzo-meet-Beefheart persona and have added just a touch of muscle in an attempt to assume the mantle of quitessential pop rockers. Are you ready for The Rubinoos revival?

The Jazz Butcher's closest living relatives, however, are The Violent Femmes. Take away the religious fervor/guilt and replace it with songs about goldfish, girls and parties, add a soupçon of cynicism and in 40 minutes you have the perfect lyrical content for any occasion. Where the Violent Femmes are clever-clever, The Jazz Butcher is just clever.

Musically, though, there is a paucity of anything other that rock guitar and walking bass (honorable exceptions being 'Partytime' and 'Real Men').

Nevertheless, even with their new found air of solemnity, The Jazz Butcher are still more fun that a cold bath with someone you dislike.