It is the kind of evening that could hardly take place in France: two bands that made the Creation label's best hours in the 80s and 90s, who never sold a lot of records but left songs to posterity memorable. Although they are much less active than at the time, the Jazz Butcher and the Jasmine Minks have recorded a few tracks in recent years and are not only playing nostalgia for their fans. 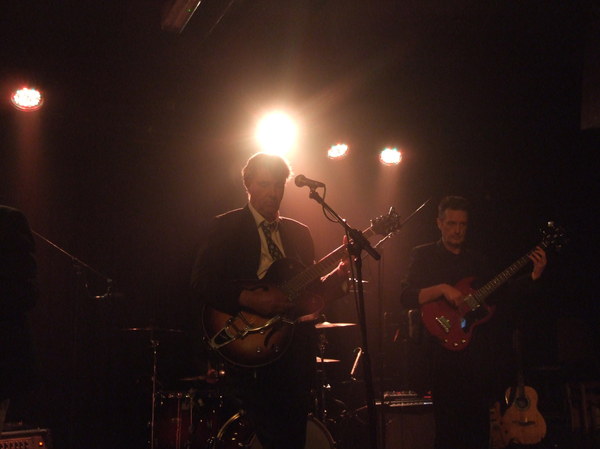 On this Easter weekend, we have to be about 80 (including at least four French) to have traveled to the Lexington, a large pub on Pentonville Road, in a fairly deserted area of ​​London at nightfall. The room is upstairs. A glance at the programming of the month, aligning some beautiful names of the indie pop of yesterday and today, makes us say that we would probably spend our evenings often if we lived in the city. 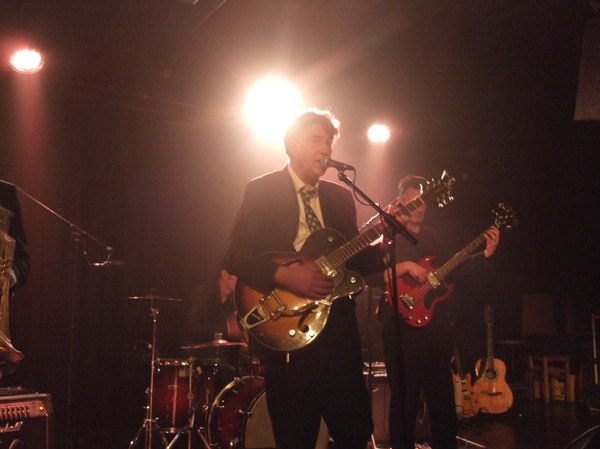 We missed the first group, The Pacers, and come as the Jazz Butcher Quartet gets ready to start its set. This is not the acoustic swing version of which you can see some live videos on YouTube , usually shot in a bar or in the back room of a restaurant, but a rather rock formation. The classic trio guitar-bass-drums is complemented by a trumpet player playing with many effects, which give a slightly psyched coloring to the set. 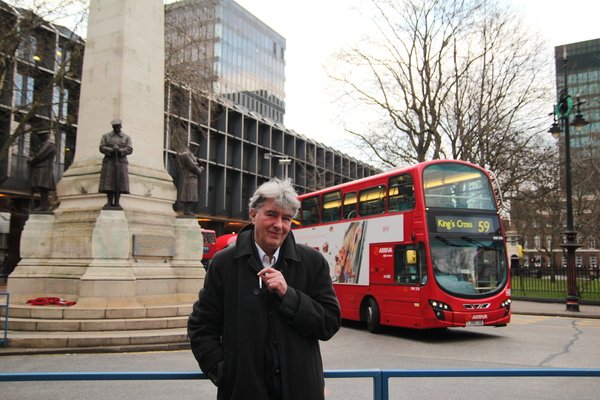 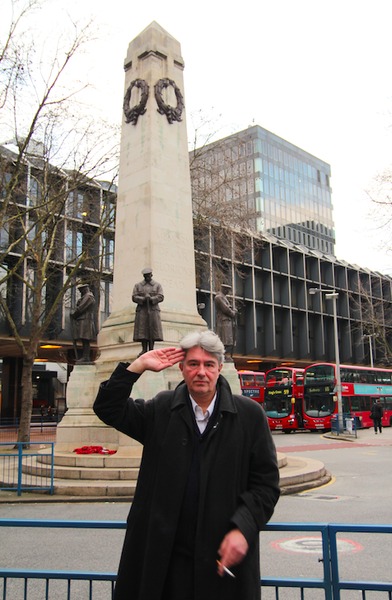 Pat Fish (with whom we had drank a few glasses a year earlier in our previous visit to London, as shown in the pictures above), is in the middle of the stage, a mixture of coolness and tension underneath -jacente, able to leave in impressive guitar solos. The set of about forty minutes alternates from the last album, the excellent "Last of the Gentleman Adventurers", and classics like "Mr Odd" or "Shirley Maclaine". It is obviously too short (he will explain to us a little later that he could hardly overflow), but in only seven or eight pieces, this falsely diverting and versatile songwriter, although unpredictable, will have shown the full extent of his talent. Big class. 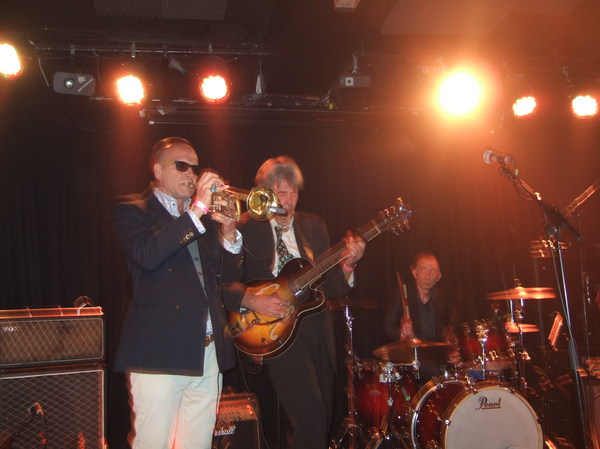 The formation of the group around the irremovable Pat Fish often changes, and he released that evening a new drummer. Not really an unknown since it was Dave Morgan, ex-The Loft and Weather Prophets. It was a funny coincidence that he was already behind the barrels the last time we had crossed the Channel for a concert, accompanying Vic Godard to Brighton in the spring of 2016 - and we had a little regret at not having approached him. 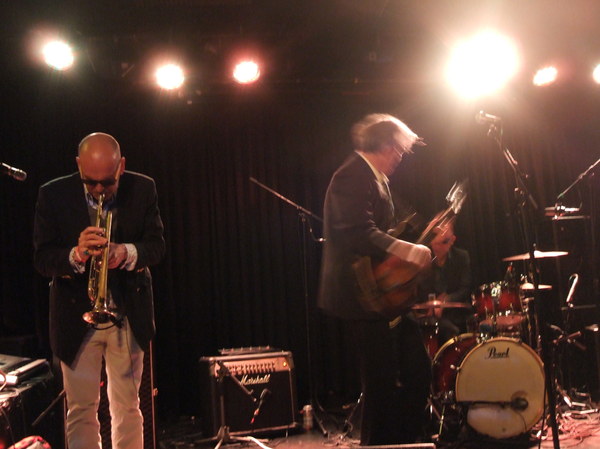 We take advantage of his cigarette break outside the bar to talk to him. Nice to meet French fans and show them that he knows a few words in their language, he tells us to remember that he played the Cigale (probably with the Weather Prophets), tells that he would be delighted to do new concerts With The Loft (the first group of Peter Astor had briefly met in 2015), and tells us about his studio in which he records with other musicians. A very nice meeting. 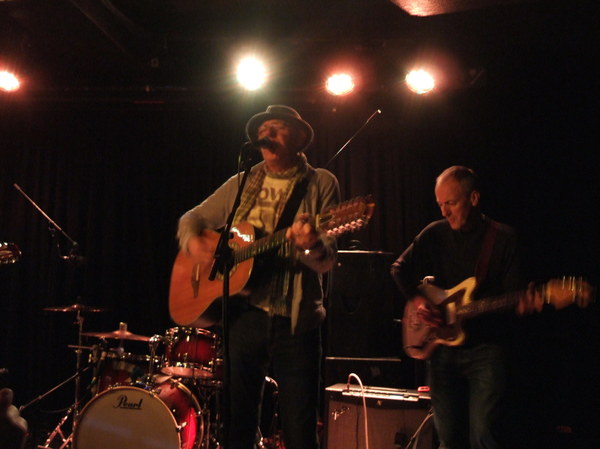 I had to discover the Jasmine Minks on the compilation "Creation Soup - Volume Three", found at the beginning of the 90s in a tray with balances of the Fnac. Besides the Pastels, Biff Bang Pow !, Primal Scream, Felt, Weather Prophets or Bodines, their "Cold Heart" held its rank. Their biggest success - everything is relative ... - that the Scots (of Aberdeen) will play that night, of course, like other singles of their debut - "Think!", "Where the Traffic Goes" "What's Happening" - energy concentrates that announced the C86 wave and its jingle-jangle guitars, as well as being part of a great line of English rock, from the Who to the Buzzcocks. "Ten Thousand Tears", a new 45-rpm more than worthy, will be heard, as the group has just released on its own label and whose benefits will go to the fight against Charcot disease (motor neurone disease). 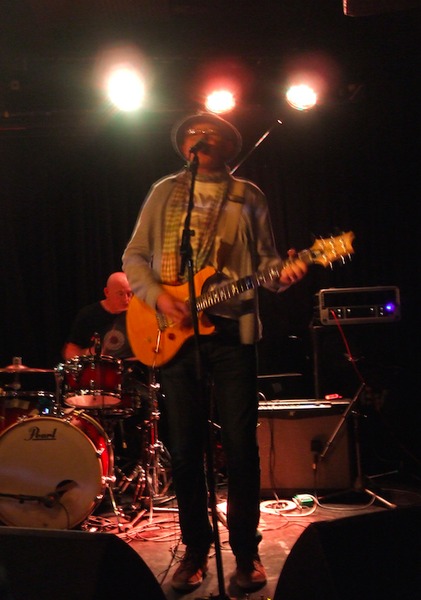 The first part of the concert consisted of the entire second album, "Another Age", released in 1988 on Creation (of which Jasmine Minks was one of the first signatures). Nearly, it is obviously the same line-up that is on stage, and in spite of the weight of the years, neither the musicians nor their songs have been impaled. The Jasmine Minks were probably not the best band of her time, they missed what made the success of the Jesus and Mary Chain with whom they toured in 1984. But they had, besides catchy songs, principles and Things to say, and they believed in it. By 2017, they are still believing in them, as independent as they were thirty years ago, and their small audience (just younger than them overall). Difficult to remain insensitive. 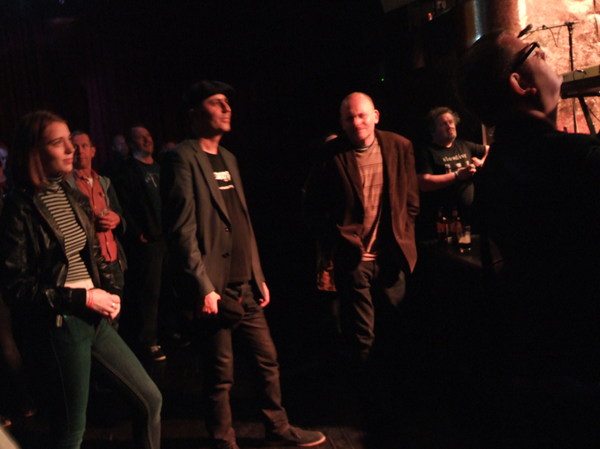 Thanks to Alice at Fire records.