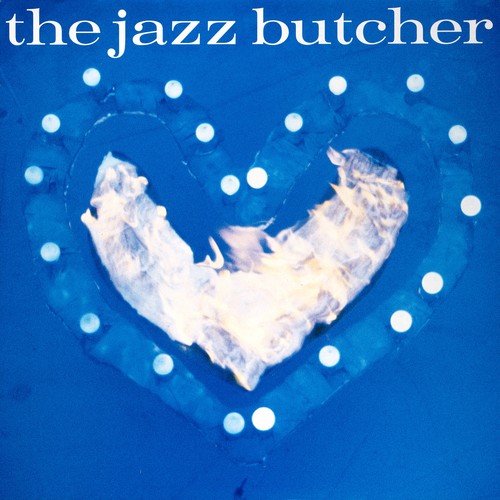 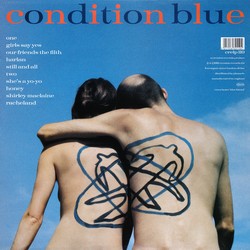 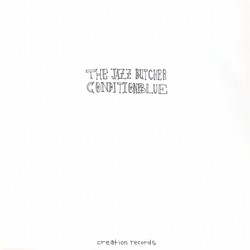 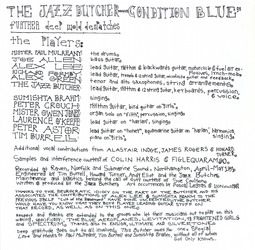 Girls Say Yes
Our Friends The Filth
Harlan
Still & All

Thanks to the bureaucratic idiocy on the part of the Butcher and his associates the contributions of Alex Lee & Sumishta Brahm to the previous JBCLP Cult Of The Basement have gone uncredited. The Butcher would have you know that they both played leading guitar stuff on that record, as well as on this one.

Respect and thanks are extended to the groups who let their musicians out to play on this waxing, specifically: The Blue Aeroplanes Levitation, 13 Frightened Girls and Spectrum. Thanks also to Ensign, Ultimate and Silvertone.

Deep gratitude goes out to all involved. This Butcher owes you one. Special love and thanks to Paul Mulreany , Tim Burrell and Sumishta Brahm , without all of whom God Only Knows...

The Record Store Up Front And Center Issue #5 Treading the line between dumb and stupid (Waterloo, Canada), Fri, May 8th 1992

The Butcher Says..
Four desperate men, all too desperate to notice how desperate the others are, gather in a farmhouse with a queue of lead guitarists stretching round the block. For all the pain and crap from which this record was made, the actual sessions were a gigantic and wonderful party.

The songs are all long because we (Paul, Joe, Lix & I) just enjoyed the playing on the "to-be-faded" bits so much that it seemed a shame not to let everyone hear them. This was warmly received by The Outside World, less popular among those who counted themselves JBC afficionados. Well, I couldn't have written it any other way, and I love that everyone plays on it, so I'm not in much of a position to know why you don't care for it. All I can say is that I'm still well pleased with it as a recording, and as a piece of writing about a tough subject. I mean, I hate "divorce rock" too. It wuz a tough assignment.

Go on, give the fucker another listen. The songs may not make you laugh, but the playing ought to give you a few thrills. And, after all, I'm not in a band to make money, or be a "professional entertainer" - I'm in a band because I like to play very loud electric guitar. This IS the sound of me having fun, and getting me to do that in those dark days of mid-1991 was no small job. (Can anyone tell me how I *knew* that the French were going to like " Girls Say Yes "?)