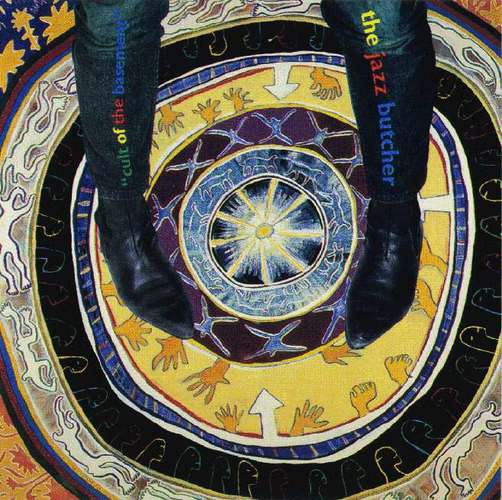 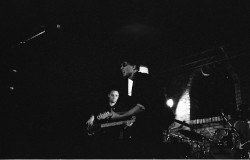 "Basement"; the word smacks of oily concrete parking lots, hotel elevators and bulky, bovine [spongiform] laundry baskets. The Basement; as far down as we go.

It oughtn't, by rights, to have had a garden. Oh, the initial impression was just right! Seedy London frontage; scrawled cardboard messages by the bell; a dark, intricate descent through too many doors, perfect underground T.V. squalor, beyond the mysteries of Edgar Wallace late at night in black and white and what's that sudden pain in the small of my back?

Once through that final door, things would take an unexpected turn. I'm entering the chamber now. Whoa! The jackal-headed dead! Excellent! Music and dancing and improbable combinations of Czech beer and Jalapeños! Doors flung open to an ivied yard where the randomly seditious lounge on cushions and hoot at the stars and that singular man next door. Sometimes friends of friends would come by and take it for a nightclub. But it wasn't a nightclub, it was a basement.

The big red bedford mobile nation state rolls on, and, rolling, cannot stop. Miles in darkness to the appointed spot, deep wold evil dead killers wind shelter: beans, bitburger and no such thing as noise reduction. Mules in the night, mantor and eggulos tremble at the head of the board, waiting for the great infector to make with the knife. Stray Americans, stray steg, nice.

Dank! teeth and hair fall out. Fingernails keep growing. The pump is out, the night is dark, we're waiting for Mary. Don't go out to the beer shack. Those jackal-headed dead could be on the lurk. Voluptuously of course, it looked like a farmhouse. But it wasn't a farmhouse, it was a basement.

The Butcher Says..
Well, if things seemed weird back in February 1989, by January 1990, when we made this baby, the Weird were going shopping on bikes. With Kizzy sick and unable to tour, Richard Formby had joined and, during a long US/Canadian tour has turned us all on to Can and a lot of other weird things.

In a farmhouse in the dead of winter, in personal circumstances too bizarre and complex to relate, we set about making our "commercial suicide" album. When we delivered it to Creation Records they did their nuts and said it was the best thing we'd done in years. It took me a while to figure it out, but then I agreed with them.

For the first time, I felt, we had made an album that really sounded like us. In retrospect, one or two of the tunes are a touch throwaway, and EVERYBODY hates poor ol' Turtle Bait , but you get Girl-Go , She's On Drugs AND Sister Death AND Mr. Odd all on one record! Goodness! This record does have personality. It also has Alex Lee on guitar, the start of another beautiful friendship. One of my favourites, this.