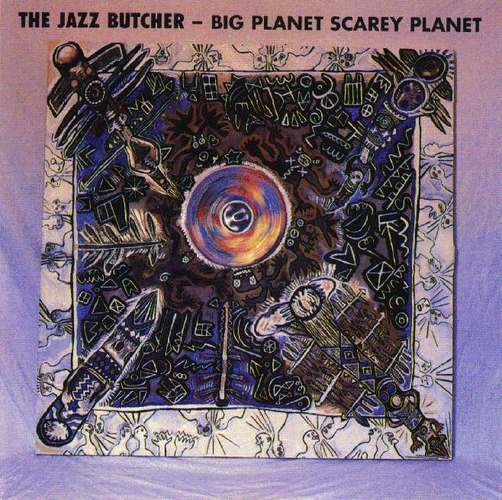 These lyrics transcribed by the Butcher with an Eddwg 1800 Profitpen, because you're always on at me to put them on the sleeve! Hope you enjoy this collection. That is, after all, what we made it for. Best regards, The Butcher X.

The Butcher Says..
This was a real "band" album by a touring unit which had become really quite ferocious. In choosing to work with John A. Rivers again we felt that we were sufficiently noisy and fierce to cope with any over- tidy production strokes he might pull. "Clean *that* up, then, ya bastard" was out declared policy in the group.

Of course, we under-rated him.I wanted to start to mess with the pretty traditional song structures we were using. We were all aware that music was changing, and, more out of interest than out of any spurious "career" concern, we wanted to see where we could take our pop songs using things like breakdowns, the mixing in of "found" voices (which we first heard NOT from Steinski or the Bryne/Brian Eno collaboration, but from John Stapleton, a DJ who scratched things in at early The Blue Aeroplanes, radical and unexpected changes of sounds - a series of sonic events rather than plain old verse/chorus structure. I probably did too much pre-production on my (new) 4-track at home, and the whole thing sounds a bit stillborn.