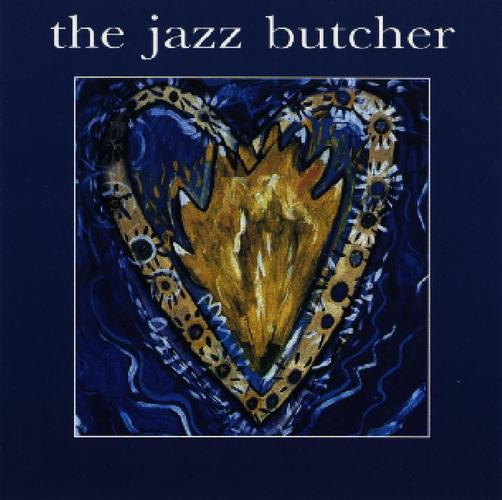 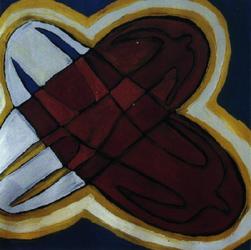 She's A Yo-Yo (Edit) A sorry tale of bad people on bad diets doing bad things. Alex Lee gets to do his impressions of "Desert Storm" while Richard Formby goes backwards. Joe makes motorcycle and I still feel like the Elephant Man.

Shirley Maclaine Not, obviously enough, about the dear lady herself, more about a miserable rainy night in Camden and the extraordinary things that some people read these days. Remember, when somebody writes a "self-help" book that's exactly what they are doing: helping themselves. Flipper says "hi", by the way.

Harlan If you let me out on my own in that condition, what do you think is going to happen? Butcher and Twilight Zone collide on the streets of Hollywood, resulting in ongoing art-misery attack and some deeply aquamarine guitar from that nice Peter Astor .

Our Friends The Filth Uh... in the Sixties Beirut was a real playground for the rich, like Cannes or Ibiza or something. A nice place to visit. Sometimes things really do just slide right out of control, don't they? Lexicographical note: to anyone who finds the juxtaposition of the words "Beirut" and "filth" a tad obvious, I would just say that "filth" is an agreeable little lowlife term that one uses in London to describe our wonderful police force. I trust that clears things up a little.

Southern Mark Smith (Big Return) Well, the JBC really did get a big return off this one. It opened a lot of doors for us in Europe and America, and listening back now I think I can see why. No, I mean that Hammond...

The Human Jungle The title comes from a rather noir little TV series from the early Sixties wherein the great Herbert Lom played the extremely sexy and not entirely unbrilliant Dr. Alexander Kordu, a psychiatrist with the handy ability to sort out even the most appalling cases within sixty minutes. I love that show, but I love touring better. By the way, anyone who makes suggestions about sex and travel is being extremely rude.

Girl-Go Tu as vu toutes les étoiles? The JBC lush out in tribute to the (sadly departed) The Perfect Disaster, featuring a superlative example of the Richard Formby guitar assult. The lead vocal was recorded in the studio garden at one in the morning in mid-January. The reasoning escapes me now. Probably, I had been very bad.

The Best Way (Edgar Wallace Mix) "Edgar Wallace" means "serious" in surrealist rhyming slang, which is a good way to describe the toothache I had when O'Higgins and I did this mix. Odd barnyard noises may be blamed on the aforementioned The Perfect Disaster, who got in there somewhere.

She's On Drugs We were halfway across the rockies in supernatural British Columbia when I realised that I had never come across a song with this title before. Obviously something had to be done. Dave Francolini (a wonderful man who should not be allowed to drive) contributed some of the most hyperactive handclaps that I have ever experienced. Then we tied him up and put him with the others.

Pineapple Tuesday Is it a road song? Is it a love song? Is it a mushy title or what? I'm sorry, Jesus, every line is true. I never enjoyed vanilla as much in all my life. Watch carefully: Californian brainfried road-accident-from-outer-space guitar in the area!

Big Saturday The climactic opposite of Pineapple Tuesday , definitely a Nordic vibe to this one. Except for the middle instrumental, which always makes me think of people hang-gliding in the Alps: I think it may have been a Martini commercial that I once saw on TV.

Panic In Room 109 The desk clerk couldn't believe it. This drunk comes staggering into the lobby in the middle of a thunderstorm and starts wittering in bad German. To keep him from dripping all over the place the clerk hands him a room key. "Excellent!" burbles the drunk, "Room 109!" The scarey stuff kicked in the bathroom. You know, I once spent an evening indulging heart attacks in a Vancouver hotel room by pinching my toe.

Partytime (Original) I guess you could say that this was the first jazz butcher song ever written. This recording is almost ten years old now. I find it staggering, but there are hundreds of people out there (I've seen them) on whom the irony has yet to take effect. Perhaps it would help them to know that the events described in this song ended up with the writer in hospital. We all like a laugh, though, don't we?

Angels This is still one of my favourites. I wrote it in 1986 (the day they bombed Tripoli, in fact) about things that would only come to pass three years later. Or something. Oh God, I never make any sense when I start to talk about this tune. The lyrics just showed up, like automatic writing or something. I love it anyway, and I hope you love it too.