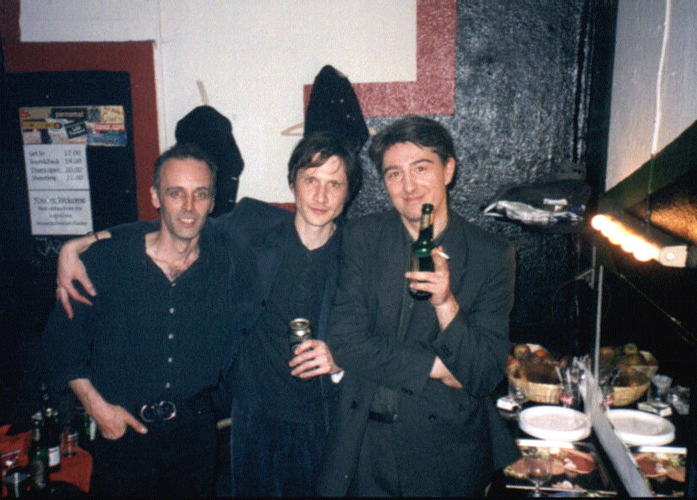 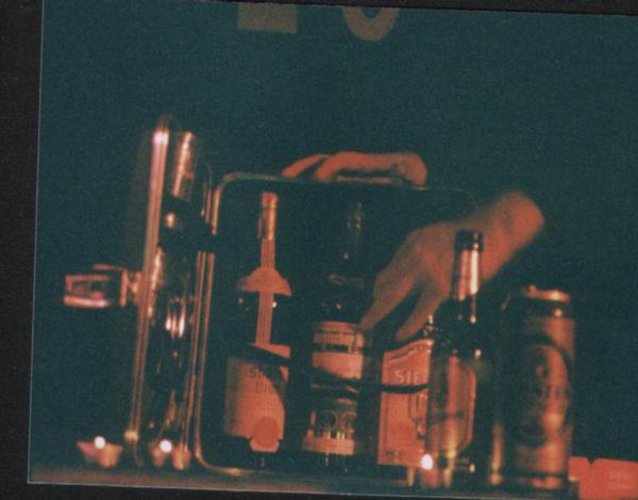 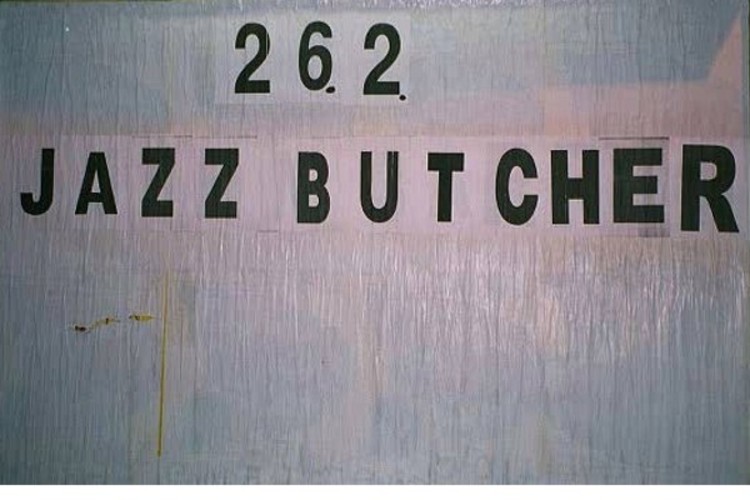 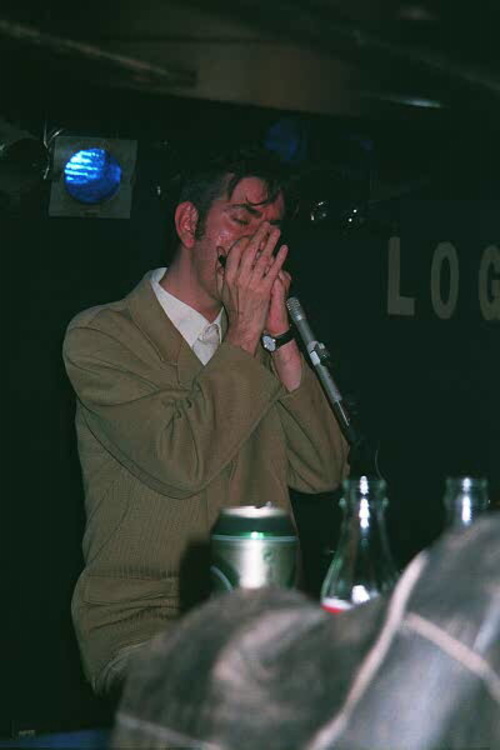 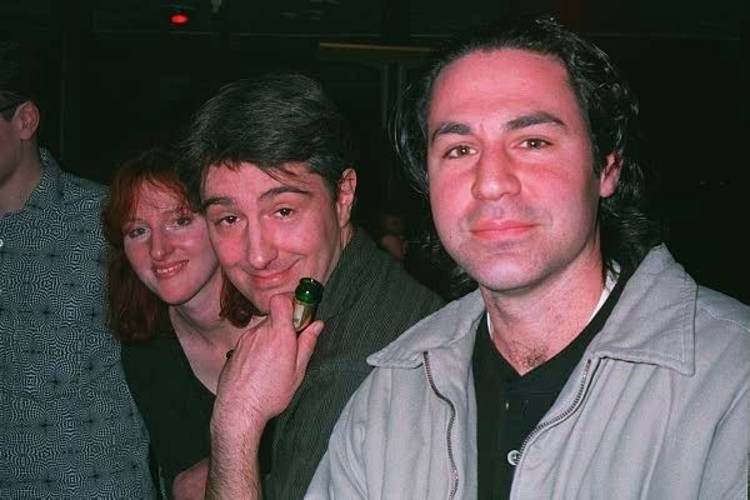 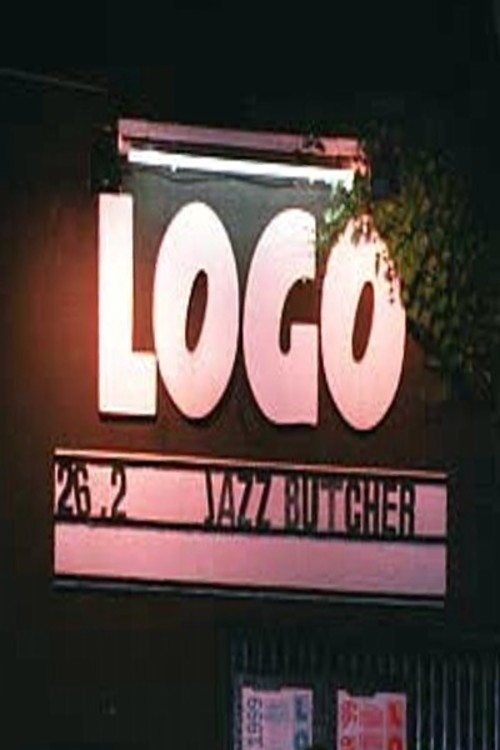 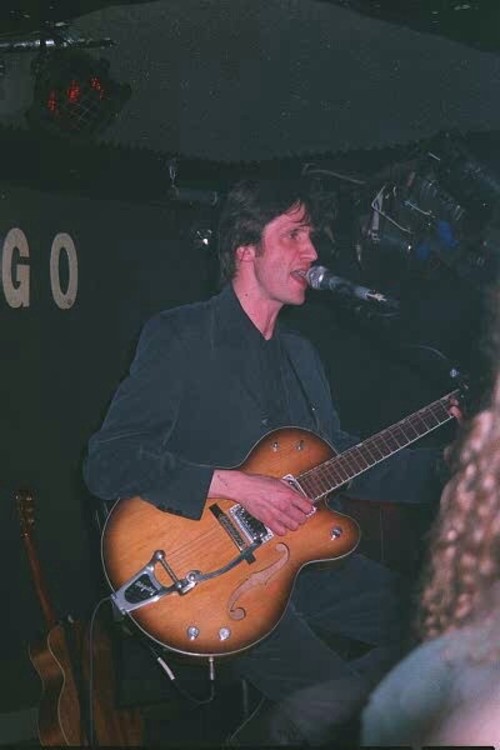 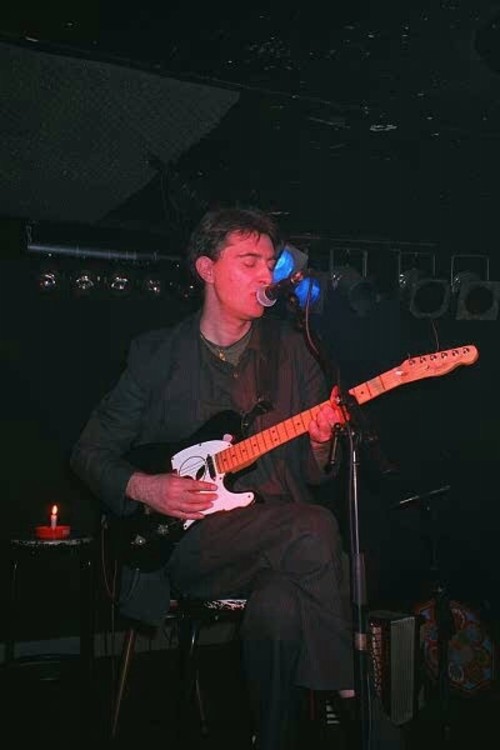 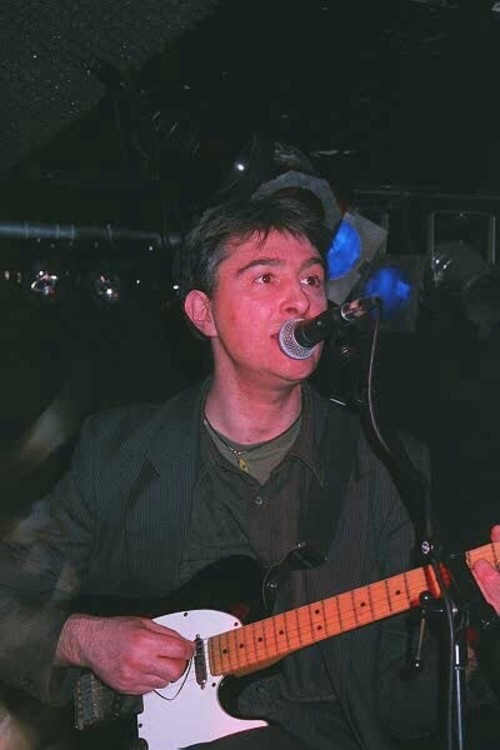 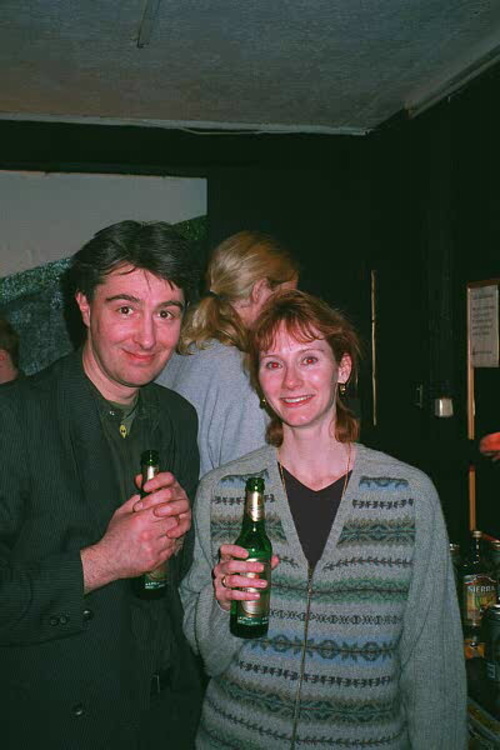 the butcher files his report

The idea for a trip to Hamburg began with our close personal friend Curtis E. Johnson. He had been over once before to play in the bars, and was now negotiating some further dates with our friends there, The Purelove.

Once Max and I got wind of the plan, we thought that if we came along too, it might scare up a slightly larger audience for the Bald One to play to.

Besides, that way we would be able to get in on the free beer.

Through the magic of e-mail we colluded with The Purelove boys to make it happen. Meanwhile Owen Jones, old school JBC drummer and Hamburg resident, returned from his trip to the Himalayas, and Max's harmonica-toting pal Pat Byrne joined up for the trip as well. Along with Owen's girlfriend Baerbel, the Great Kathie McGinty and our guitarist pal Nikki Whittaker we had built ourselves quite a posse by the time that we gathered in Hamburg.

A date had been sorted out at the Logo club in Grindelallee, and the Purelove boys had undertaken the task of promotion. They did better than many of the professionals, getting our picture in all the papers. But what a picture! Particularly unkind to your ageing and toothless correspondent, you'll be delighted to learn. We feared for our wages when we saw it!

Still, it didn't deter 250 or so brave souls who came out on a wet Friday night to see the show. A couple came from England, some from Berlin, and one heroic couple from Olympia, Washington, USA. We tried to buy them a beer, but the barman wouldn't let us pay. Back in the dressing room this proved to be the case in many respects. A large posse of our Hamburger friends were there, edging around the Great Clemens Kinder, who had set up a full-on mobile studio in there in between the sandwiches and the beer.

After the room filled up I was forced by the Hamburg Police to introduce our one-man Vorgruppe, Curtis E. Johnson. I did my best to be encouraging and friendly, but I guess it all went a bit Robbie Williams. As I stepped back into the dressing room, leaving Curt to his fate, Max appeared and declared in warm, congratulatory tones,

Curtis went straight at the crowd, and although he later confessed to feeling nervous, he won them over with the first two or three songs. As he began to play Dougie MacClean's "Caledonia", Max, Owen and I found ourselves alone in the dressing room. Each of us sat in a chair, listening intently to this incredible tune. As we sat there, filling up, the door opened and a friend of a friend stood there. He came in, looked around, hung up his coat, then left. Nobody said a word the whole time. I caught up with him later and said "You must think we're very strange people." But it was the tune. When you hear Curtis sing it, you'll want to stop for a second too. It's a travelling song, but it's about memories and home and love, too. He couldn't have played a sweeter version for three old boys with a history, sitting in the place that they all associate with all that magic stuff possibly more than any other. The moment would have made the whole trip worthwhile for me if it had all stopped there.

But did it all stop there, Churchill?

For his last tune Curtis was going to do "Hoochie Coochie Man", and he had invited Pat to play harp with him on that tune. Pat spent most of the tune standing on stage looking for the appropriate harp before realising that he simply didn't have that one on board and leaving again. Curt collapsed laughing and promptly buggered the connection on his guitar. He made a graceful exit, sliding down those last four bluesy chords acoustic and leaving the stage to great applause.

After a few minutes of mindless fun with the stage curtains, Max and I found ourselves on stage. For the first part of our set we were alone on the stage, playing as a duo. One by one our pals would come out and join us to help out on a particular tune. We had done the usual sort of shit with candles, but we had also brought with us our secret weapon:

As each musician joined us on stage we would greet him and pour him a glass of his favourite spirit from The Executaire, a 1950s style travel bar which was kindly donated to the cause by Bigrig Industries of San Francisco in 1997, and which we had filled for a stupidly low price with German Brandy, Russian Vodka and Mexican Tequila.

Apparently, a lot of the audience thought at first that we called Pat "The Executaire" (and it is only fair to point out that he is a bit of a natty dresser), but as more and more folks came on and had a drink they began to see what was going on.

Here is the set that we played.

And then it was time to party.

I managed to spend a few minutes thinking I'd lost my wallet (I had - in Owen's kitchen!), then we split to Markstube for senseless drinking. We'd had a great time and made ourselves a little money. The show had a really warm vibe. At times it felt like we were getting away with murder, but at the same time we sort of knew that what we were doing was all right. My favourite moment came in "Goldfish" where it turned out that Max and Nikki had a plan : they both played the guitar solo simultaneously! I sat there strumming on my acoustic laughing my head off. To think that some unlucky bastards can't even find one good guitarist. Some guys have all the luck. In Hamburg anyway.

We spent the subsequent weekend having all kinds of twisted fun. Curtis gatecrashed a blues night in a pub, met (and got autographed by) Hamburg's most celebrated hooker, ran away from a predatory circus owner, lost his crabs in the fish market at dawn and never went to bed ever. The rest of us prowled from The Onion to the Bar Zentrale, stopping in at a bar that somebody had named after Max where we played table football and drank nameless shorts of various colours. As Max said, even in Hamburg terms we had an extreme time.

By Monday night we were all back home, older if not wiser, and looking forward to the showdown with Martin Stephenson at the Racehorse in Northampton on Friday.

It was the first time i heard Angels played live. But most time this evening the Band had a mind like a playgroup...

I`m looking forward to the next gig.