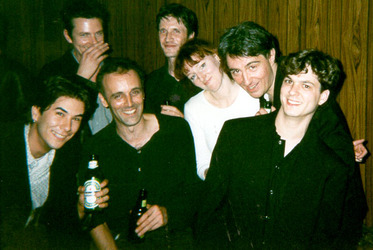 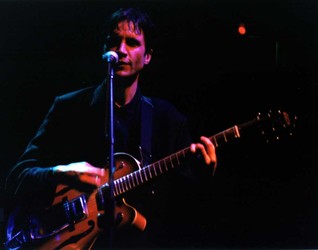 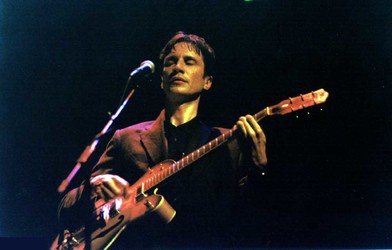 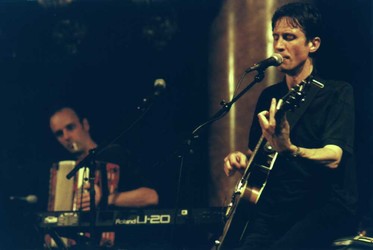 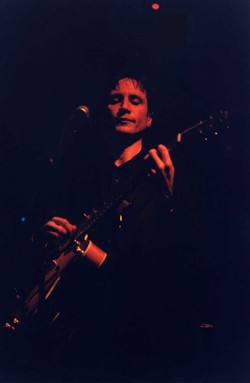 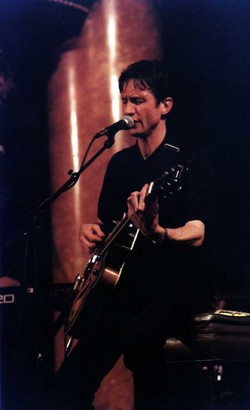 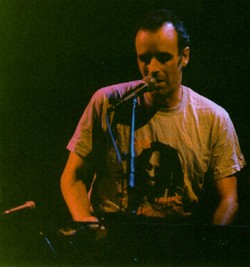 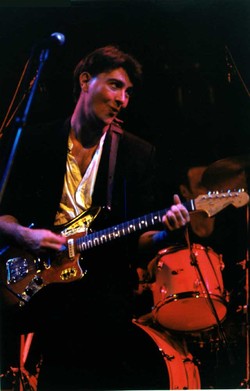 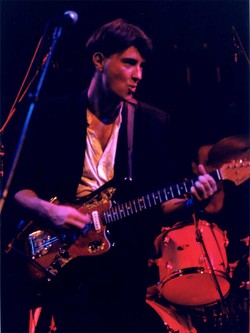 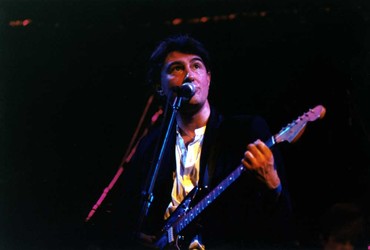 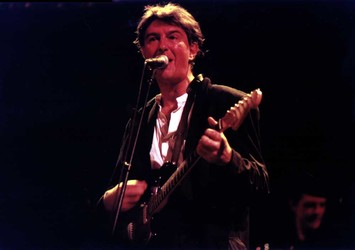 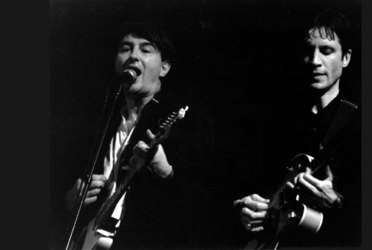 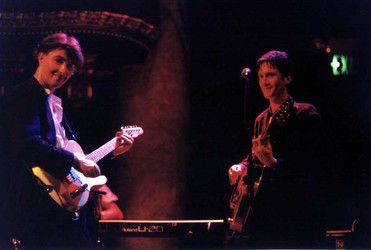 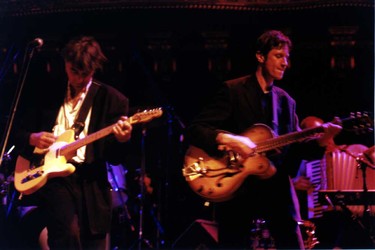 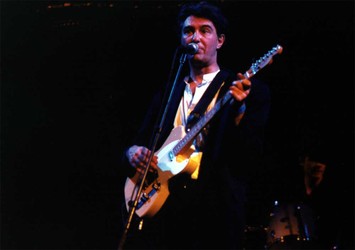 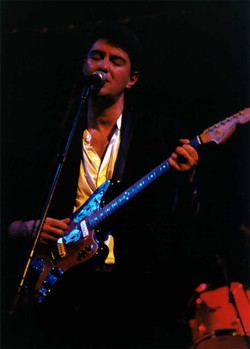 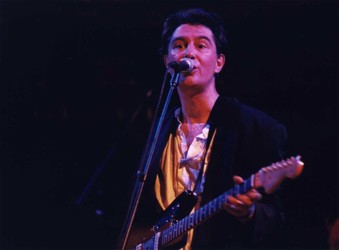 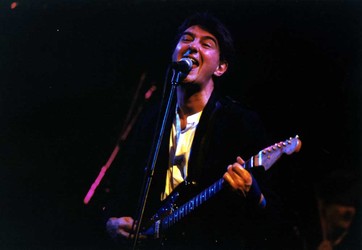 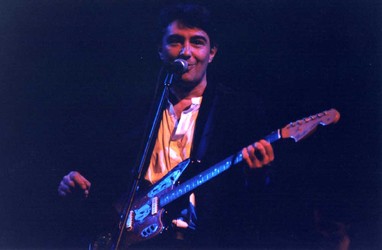 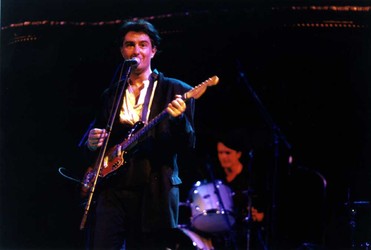 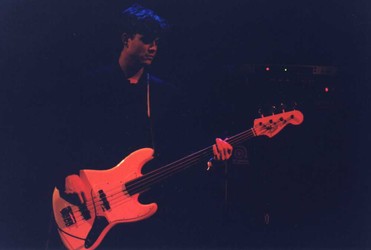 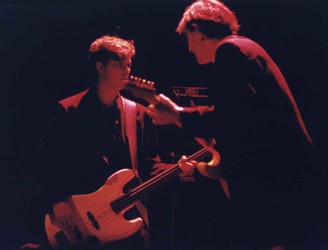 With David flying of to Hawaii to DJ in a fetish club, we enrolled Steve Valentine of Saltypop to play the bass for us. Also we added Kevin's friend Derek, who came and played theremin on "Dracula" and "Roadrunner". There was no support act, so we did that job ourselves, playing an acoustic set which saw the first American renditions of Max's "Baby It's You" and Owen's sublime " Don't Let Me Keep You ( Owen Jones ) ".

After a half hour cigarette break (you can't smoke on stage in California) we were back for a scary band set, Dracula erupting out of a spooky theremin-led Chord O Fear.

I'm told that the photos of this show make it look as though Max and I have taken to wearing pastel-coloured Miami Vice style suits. Rest assured, ladies and gents, it was just the stage lighting. The suits are black. Of course.

Much after show drinking in an ignorant faux-British bar with horrible folk music played far too loudly. Still, they served Pilsner Urquell so the Butcher could handle it.

Man of the match: Owen 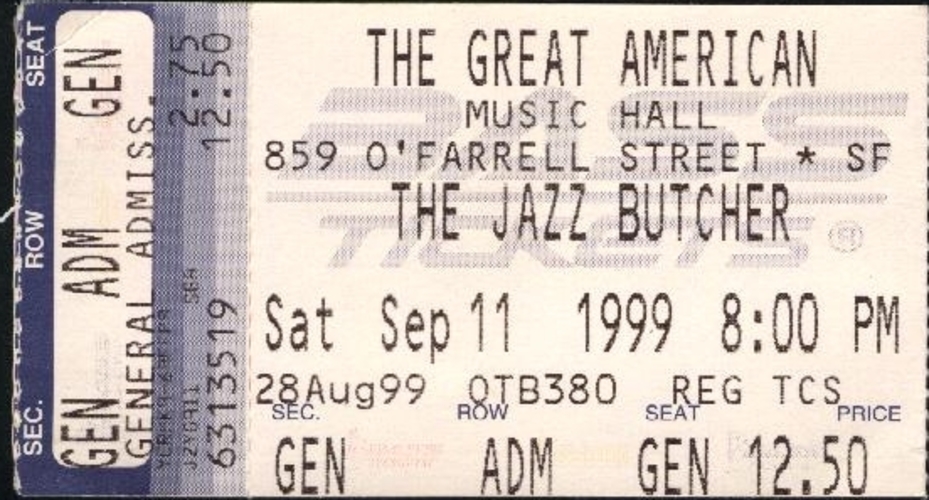