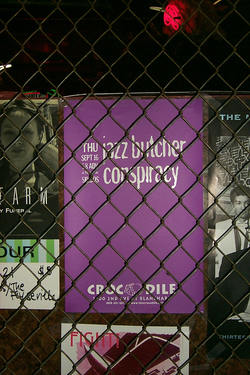 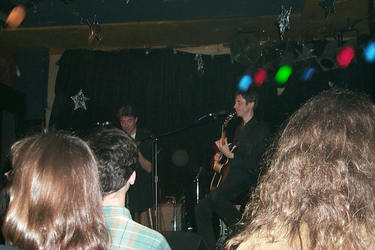 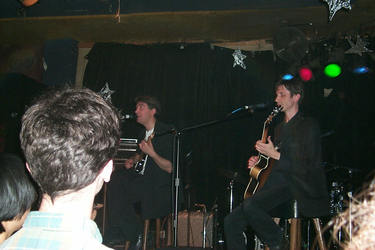 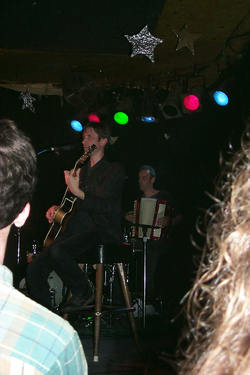 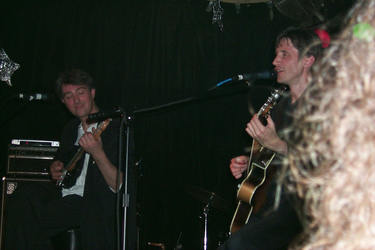 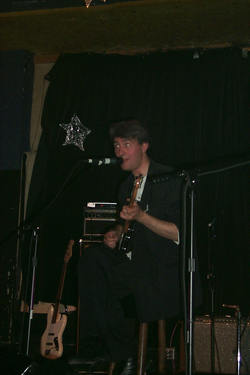 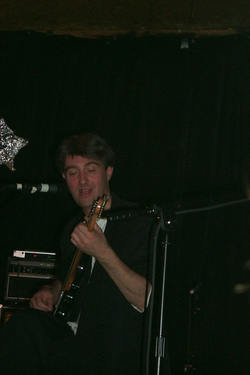 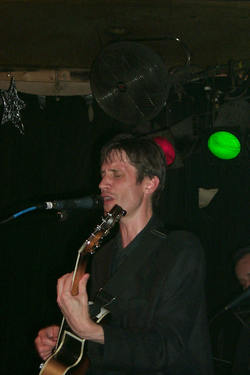 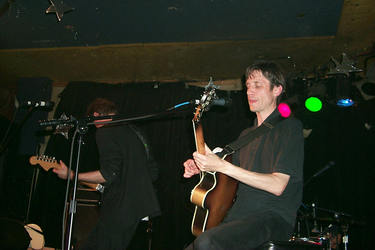 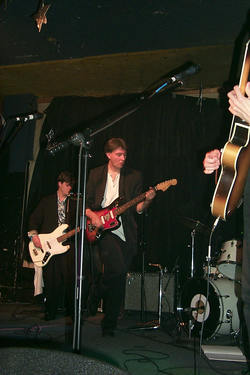 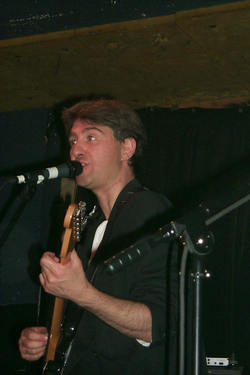 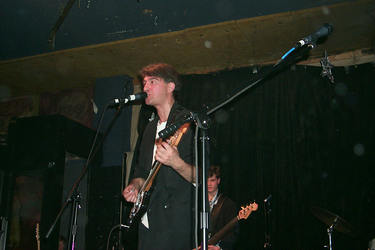 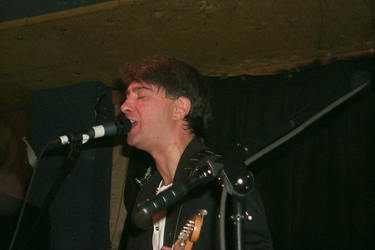 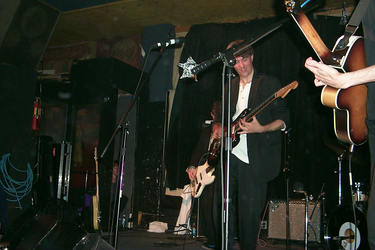 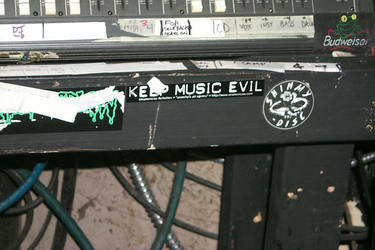 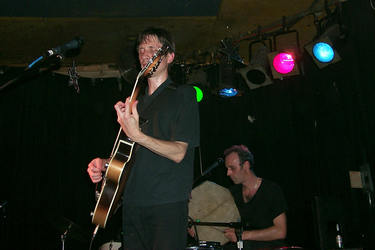 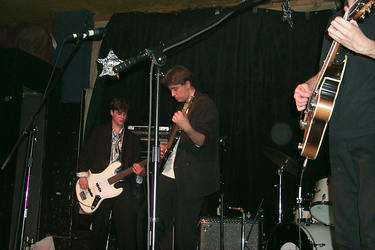 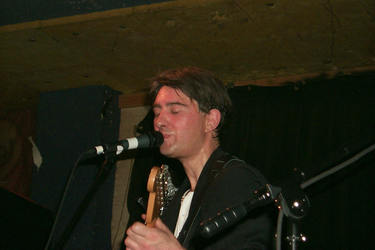 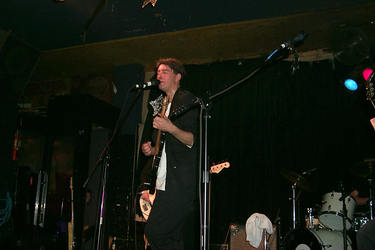 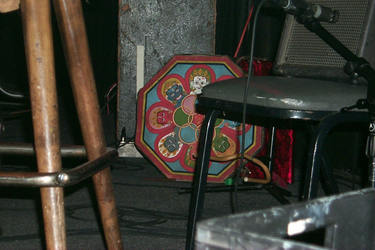 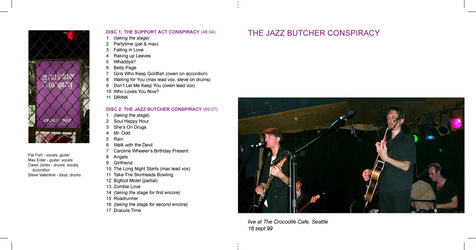 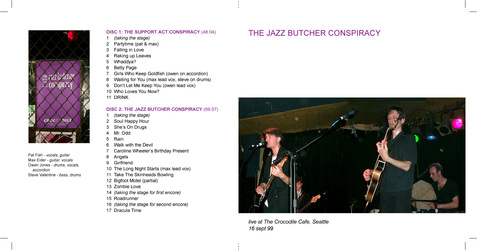 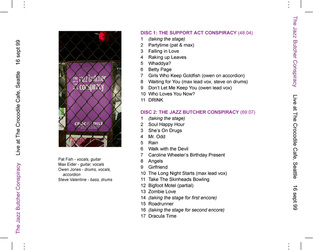 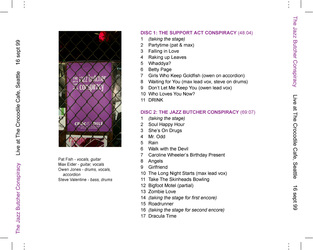 First of all a word of thanks to Bob Frangooles and Anne Pace, who accommodated the glorious and idiotic JBC touring posse royally throughout our stay in Seattle. We had a really wonderful time staying at their green and peaceful house, despite the best efforts of their dog Fern to keep us up all night playing frisbee.

So we arrived well rested at the Crocodile Cafe to enjoy Pilsner Urquell and engage in a bizarre debate as to whether the club management should dismantle the internal walls of the club for our show. Of course, we went for the most destructive option and down came the wall! Just as well, because a large and enthusiastic crowd gathered, no doubt prompted by some seriously flattering local press. In the absence of a support act the JBC opened for themselves, rather in the manner of the San Francisco show.

Both sets went well, with the band set being a bit more raucous than at Portland, largely on account of the Butcher being back up on his feet. The crowd responded warmly perhaps a bit too warmly in the case of a bunch of nutters who shouted in fake British accents and threw ice at the stage throughout. In fact, the Butcher took an ice cube in the eye just at the start of Roadrunner. No matter, it'll take more than that to put a stop to our unwholesome activities. Later the Butcher was accosted by two of the aforementioned loonies, who were dead keen to point out that throwing shit at the stage was a "mark of respect" in Seattle. Funnily enough, nobody else we met in Seattle could back up this dubious assertion, but then maybe nobody else we met in Seattle regularly goes to gigs by Tad's Respect is also due to the fans who broke out of Canada for the evening and came down from Vancouver to see us.

The show was taped (off the board, I suspect, from the rather "boxy" vocal-heavy sound) by Brent Aliverti, whose e-mail address is: brenta_ms[at]-remove-email.msn.com