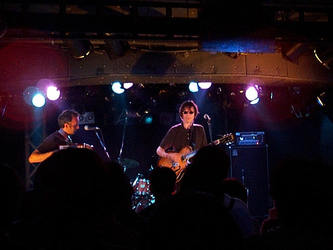 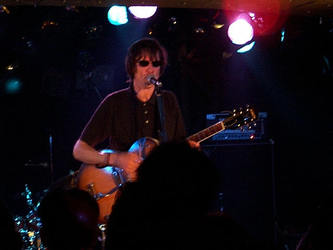 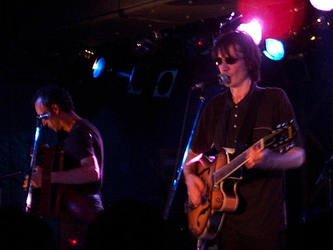 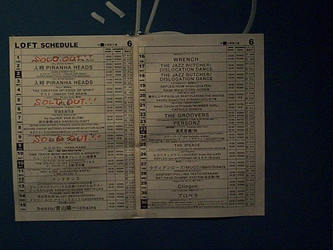 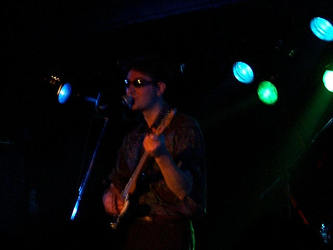 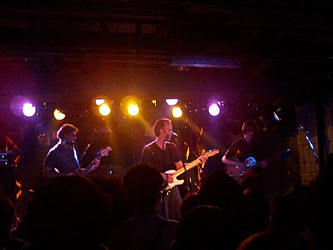 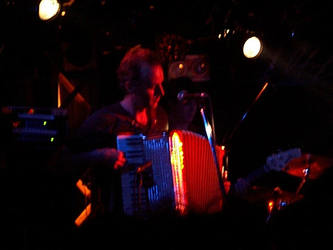 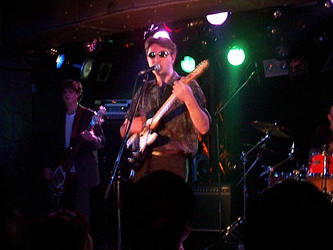 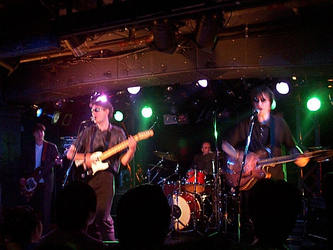 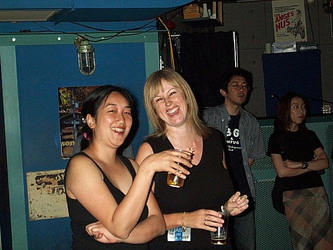 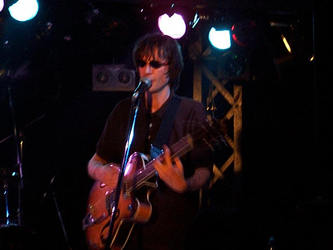 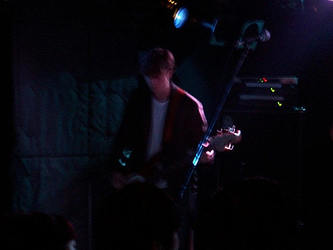 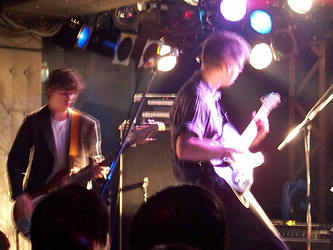 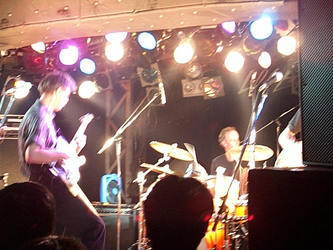 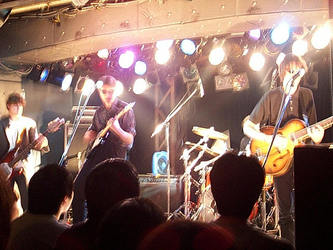 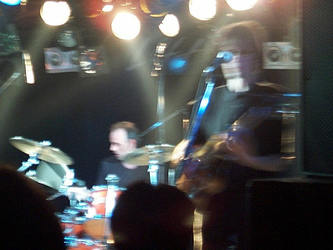 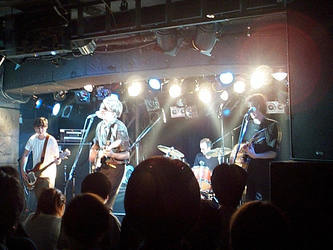 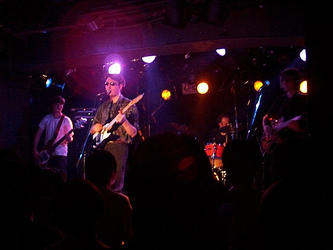 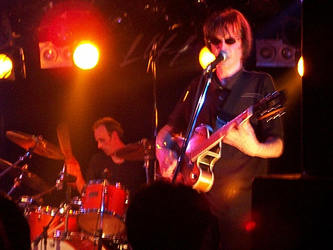 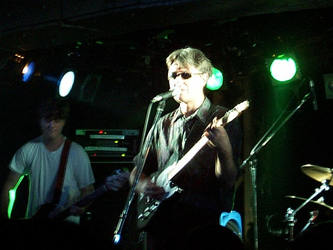 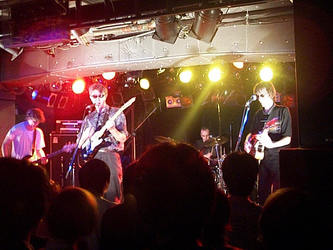 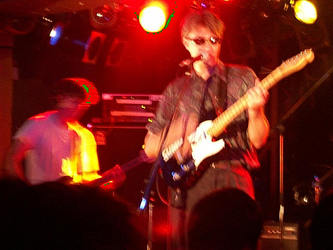 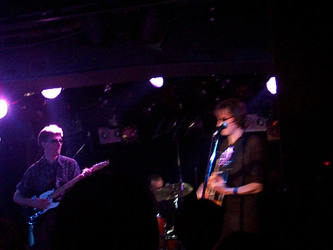 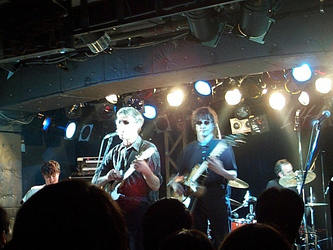 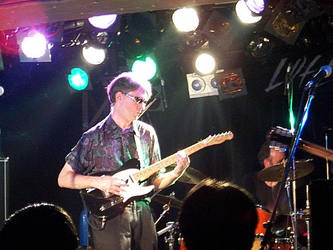 
Early afternoon before the show on Sunday, I went to Vinyl Japan -- the band had gone there on Saturday. Actually there are 3 separate parts or shops (4?) of Vinyl Japan in Shinjuku, each dedicated to one or more specific genres. Part 2 is the one for most of us to want to visit. On arrival, what was being played but Rotten Soul. I looked through the store's intersting indie and alt selections, finding and buying a promo Beck CD that seemed interesting. After purchasing it I asked, in English, as best I could to the helpful and non-English speaking staff if I could buy a ticket for the Sunday show. What appeared to be a ticket was put on the counter in front of me, at which point I tried in vain to purchase it, but my offer of Yen was somehow not accepted. I tried to explain again I wanted to buy the ticket. My attempt at explanation yielded only an offer of a second ticket which I declined. So, feeling like I had stolen a concert ticket, I slowly backed out the door.

I wasn't completely sure that I had indeed received a free ticket until I got into the show, gratis (except for a mandatory 500 Yen drink purchase).

After a bit of rest, I met up with David and his friend Ivor (sp?) (a burgeoning fan) near the train station and we made our way to the venue, arriving around 6:30. The crowd proceeded to be about 80350f what it'd been on Saturday night; a good turnout for a Sunday JBC show in Japan, we felt. I understand from Pat that a great deal of the crowd had been there the previous evening as well.

Sunday, Pat did not come out before the show began, but he did show and cheer on Max and Owen during the opening set. I still do not recall seeing Steve right at that time, but I may not have been looking around too much. Again, I attached myself to Ann and Linda, did I mention they are both delightful people? They took my obsessive JBC-ishness in stride, or at least faked it well. I did have a chance to talk with Steve a little later in the evening, and of course he was just as pleasant and approachable as the Britishers.

Max played a few different tunes than on Saturday night, and was equally as well received as before. Sound was once again great, I think. The crowd seemed a bit more animated Sunday, or maybe that was because Saturday's Canadian contingent was not there to provide the contrast. In any event, again, a good time was had by all.

DD's set seemed similar to that of the previous evening. Perhaps they were a little more at ease compared to Saturday. Anyway, they all seemed to be enjoying themselves and the somewhat more responsive crowd.

The JBC's set was a bit different than Saturday's; I believe they did not play "She's a Yo Yo" on Saturday night. Also, Pat came out solo for the first encore and played an old song about cats which I hadn't heard before. Very enjoyable of course. They seemed to have played a bit longer on Sunday, and afterward we stuck around during which time various autographs were dispensed. Briefly we retired to the bar opposite the stage side of the Loft, and despite Owen's efforts to bid me a good evening I tagged along for a pleasant and low-key dinner attended by both bands, some people from the label, and Ann and Linda.

So, that's my story and I'm sticking to it.

It was all great fun, I can't say when I 've spent a more enjoyable two consecutive evenings. Max's "It Has To Be You" is still playing in my head.