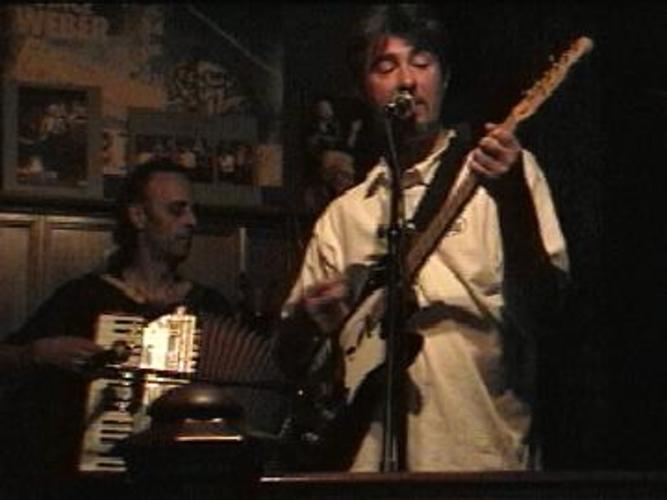 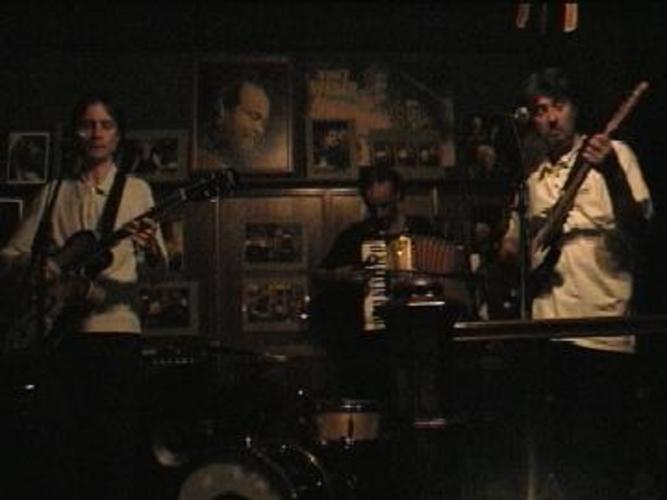 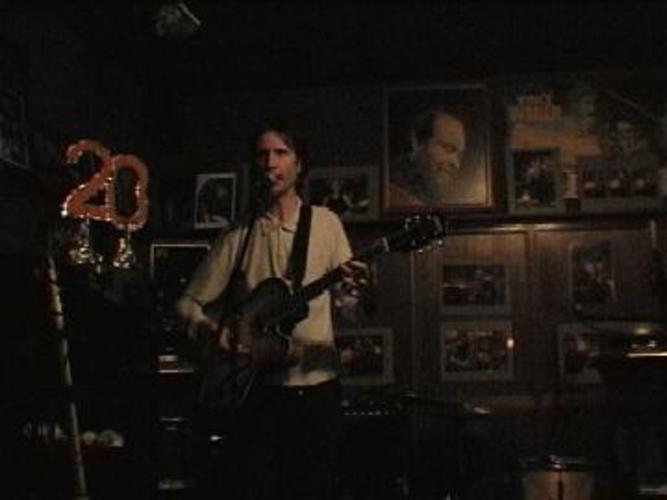 As midnight chimes the band will be 20 years old. The Onion stays open quite late. For the hardcore only!

Today was mostly business in preparation for this evening's show.

Owen & Kathy & I went to sort out the business of the tour bus, whilst Pat & Max headed off to the airport to pick up Mr. Valentine.

A little background on Steve...he is a California native and a JBC fan like myself. He volunteered to play with the boys at one point, and...like many fans...was abducted. He helped Max record his solo record last summer, and, in that he is a lawyer, he serves as legal representation. As I say, he is quite a bit younger than the pop stars he's gigging with, and looks even younger than his age, hence the nickname of 'baby'.

So it was that we loaded up the bus, and went to the venue. This was not an 'official gig' in any real sense, more of a party and a warm up for the next week's shows. The pub itself is not really designed for a rock show...they have folk music on Tuesdays. So it was that the quarters were most tight on the 'stage'...also, it was commented upon that the bar had never heard music so loud before.

So loud, in fact, the politzei were called. As Pat pointed out, 'we may be old, but we're still antisocial.' So it was that the gig was cut short...but they did make it to the midnight mark, at which point baerbel brought out a birthday cake for the band & guests.

The strangeness of the evening left the band feeling a bit out of sorts, but a few pints and things looked brighter. At any rate, tomorrow we leave for Munich, thus starting the official tour.

Germany during the World Cup, are you mad?

No shows in the U K, looks like I need my pass port. Any like minded Butcher fans need a 20th anaversary fix- e-mail at above address.cheers

I know a Pub in Hamburg Altona

called DIE ZWIEBEL which is German

for onion. Is this the place to be?

Its at the riverside.