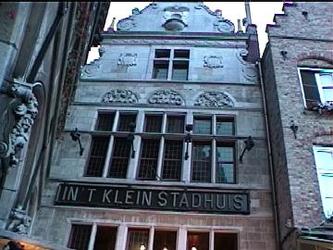 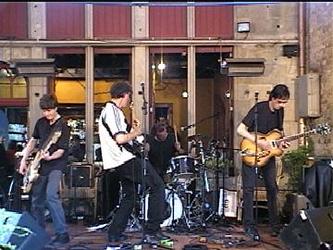 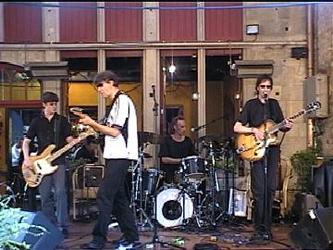 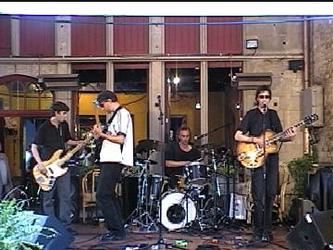 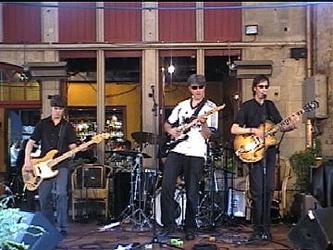 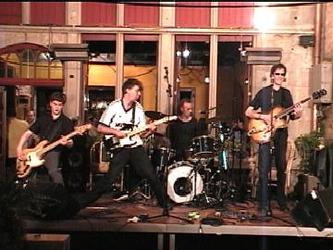 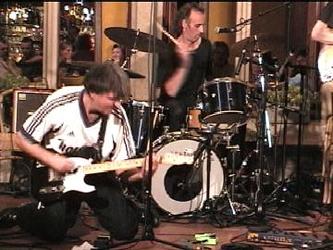 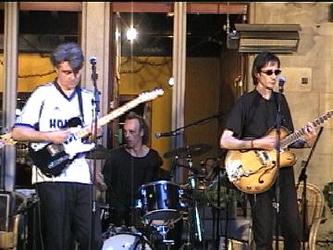 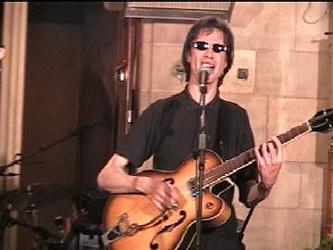 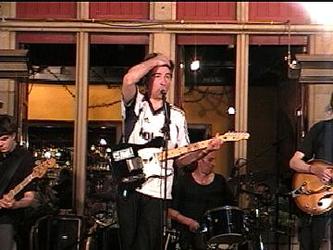 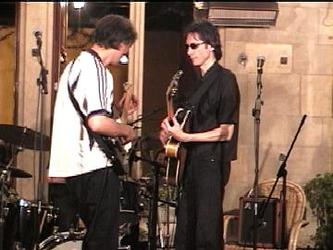 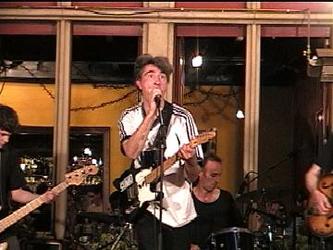 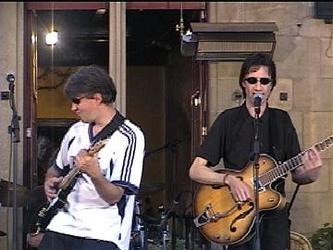 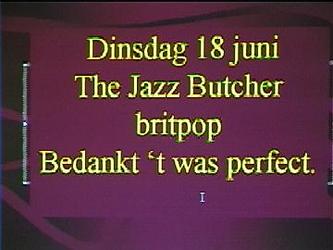 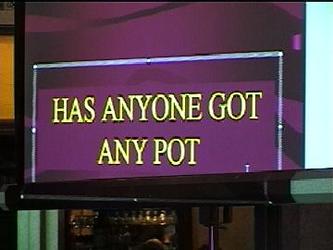 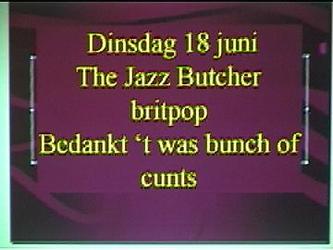 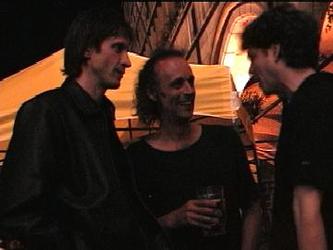 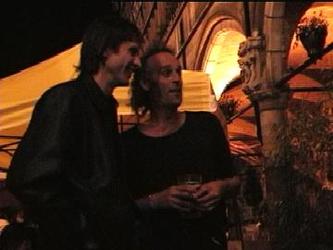 Owen's Birthday and the gig in Ypres. I sang Owen the ComedySportz birthday song, which he enjoyed (I guess if you've never heard it before, it's still funny). We watched football (Italy vs. South Korea) which was (apparently) the most exciting game of the cup thus far (overtime, with Korea pulling it out with a beautiful header in the final minutes). Okay...I confess, I have taken the most PASSING interest in the sport. It's the obsession here, so...when in Rome, or Belgium as the case may be....

A cat had had kittens in the shed. The runt of the litter, the cutest & friendliest, Owen named 'Corea'(sic) for the victors in that morning's cup. Lengthy debate was held as to the logistics of bringing the kitten on the bus back to Hamburg. In the end, Owen thinks he will go back in a few month's time, and retrieve the tiny cutie.

We went to the venue, situated right next to the cathedral, and got set up. Another outdoor show...more punters, and even more passersby. This was a two-set deal, and the first set, found Pat a bit reserved. He was disconcerted by the huge number of people, yet the mere smattering of applause. We informed him that everyone was drinking, and therefore, no one had hands free to clap. Armed with this information (not to mention Pat finding some kind of undisclosed inspiration in-between sets), the band launched into the second half in high gear, filling the square with the 'ROCK show'...a far cry from the more pop-flavored garden show of two nights before. Beers were being dropped in favor of clapping and cheering. This was the sound of the band having fun, and Pat in particular going positively MENTAL. Needless to say, the band went after the post-show festivities with a similar fervor to that of the show itself. Max nearly had to drag Steve from the pub at the end of it. We left Jean Pierre DJ-ing the night away.

We gave Owen his birthday cake and gift, complete with card (which I illustrated) signed by all. We had cake, listened to music, and basically gave the rooster next door a dose of his own medicine, waking him up at an unGodly hour.