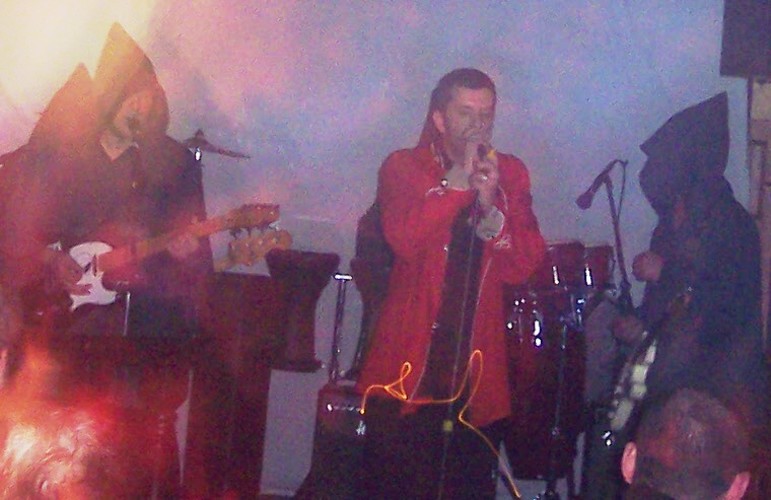 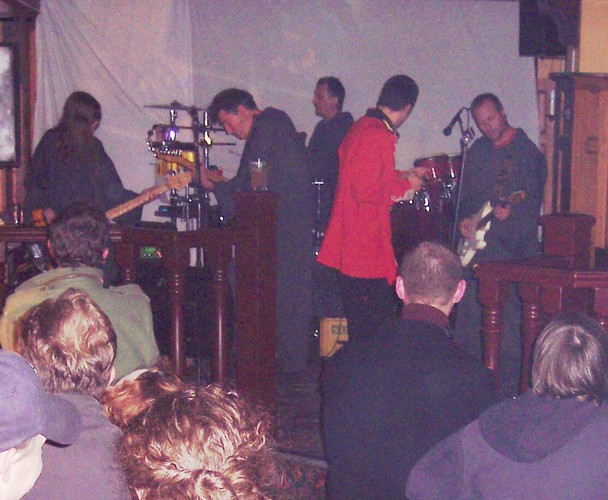 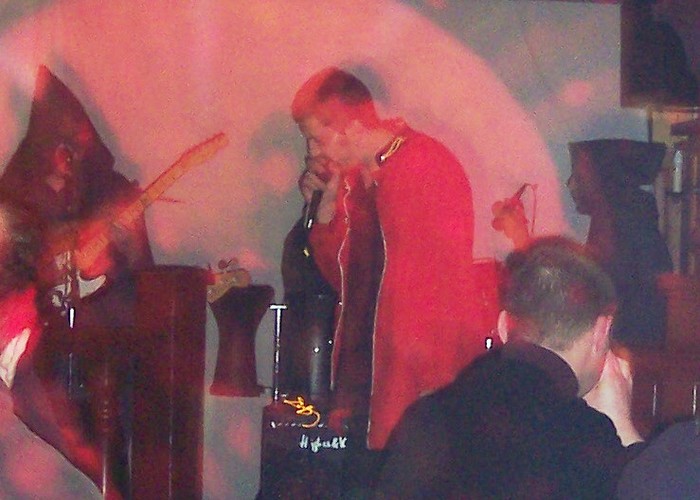 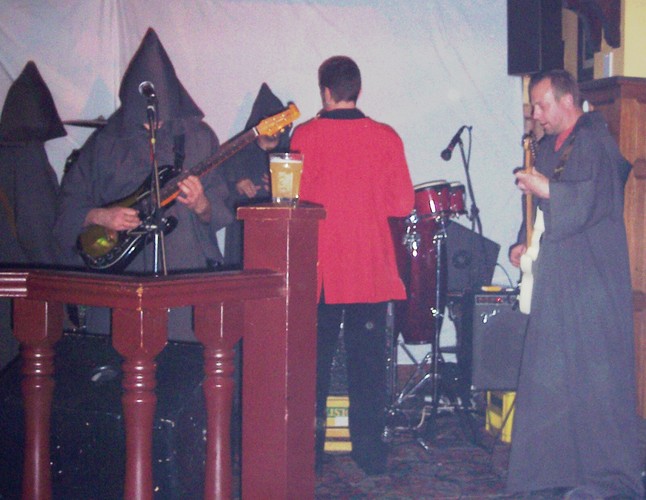 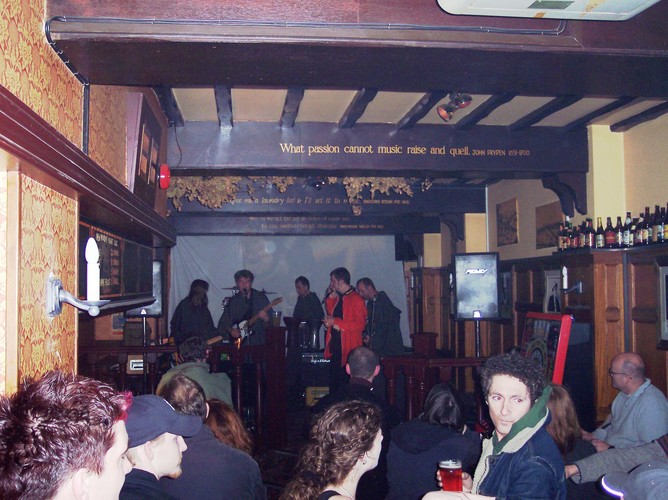 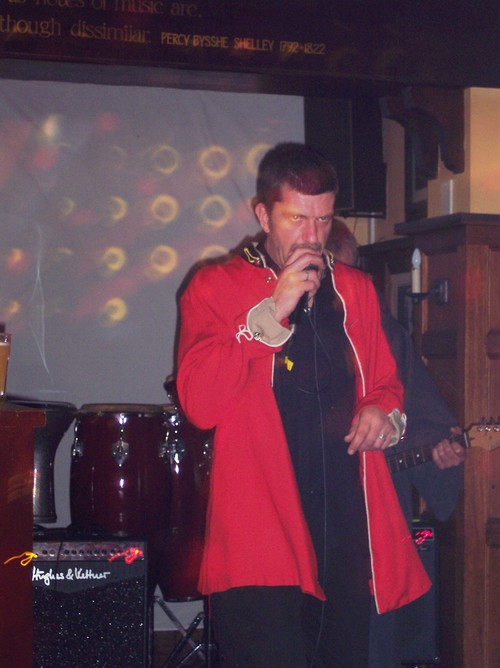 Until, that is, now.

This year May the Fourth falls on a Tuesday, and there will be a band on in the Racehorse bar, and that band will be Wilson. Johnny P will be along to do the lighting and there have been sinister mutterings about...um...robes. For Northampton's breakbeat goth-prog dub desperados will be making their annual tribute to Outer Space. As is fitting, it will be free to all earthlings and others.

So May the Fourth be with you.

So with a lot of help from our friends, we managed to stage the second annual tribute to all things Outer Space. Many thanks to Andy Skank for the kind loan of the Labour Club sound system, to Uncle Curt for patiently helping us out with transportation and emergency capo cover, and, of course, to the mighty Johnny P for lights which were even more spectacular than last year's outrage. We have the footage, which we can't stop watching it - just for the lights, you understand. One day we'll post some of it. Planets float by and explode; spacemen hover overhead before suddenly spinning off into the cosmos at enormous speed; rockets and space stations cruise elegantly out over the auience; and at the beginning of Quality People an enormous alien plant reaches down from the screen and snaps off Russell's head.

It being a Tuesday night immediately after a bank holiday, the place was hardly heaving with punters, but there were enough of the hardcore in the house, as well as a pleasing sprinkling of newcomers. We ought really to have played at the weekend, but Russ was insistent on purity of tone in the calendar department. Being as Tuesday was also the night of the full moon, we could hardly argue with that.

The band, all robed up, except for 18th Century renegade grenadier guardsman Bot, eased in with a rather tentative God's Green Earth and a crack at the new tune before hitting our stride with the Police Chief song. >From there on in it was sweet, in a rowdy sort of way. Mind you, those robes are awful sweaty.