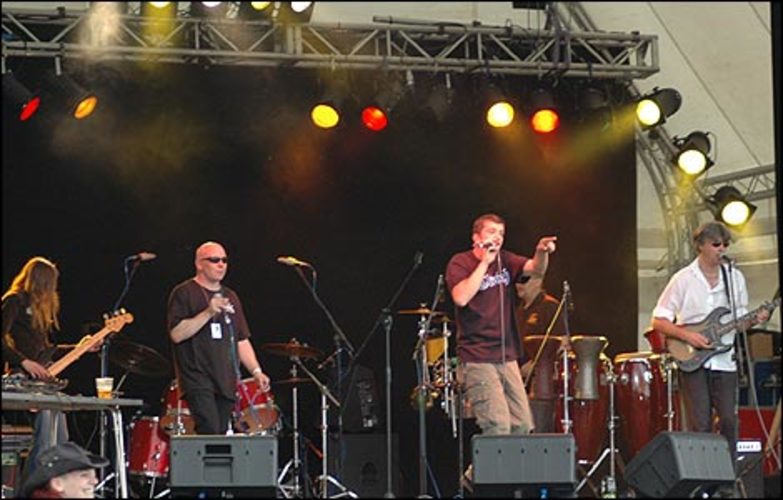 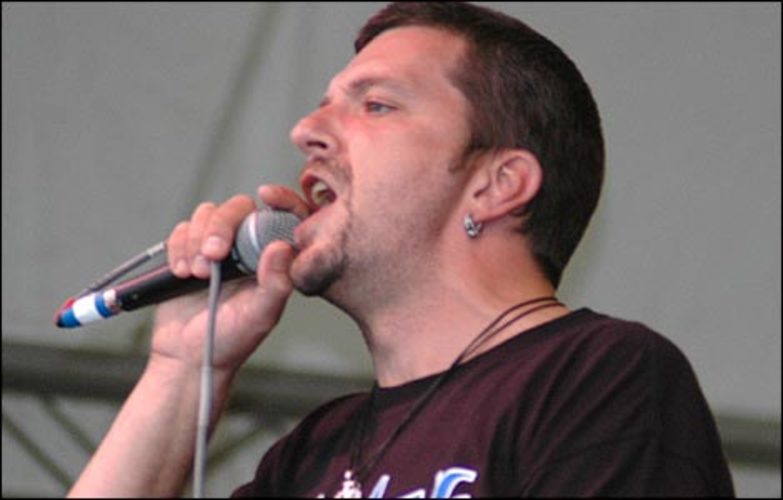 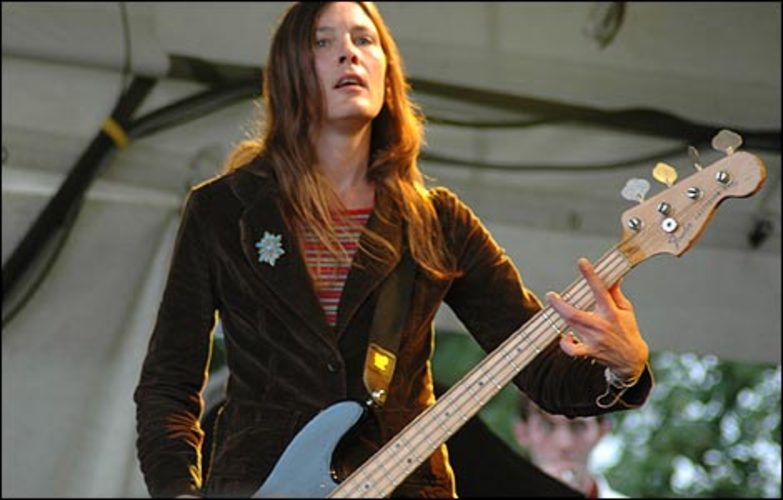 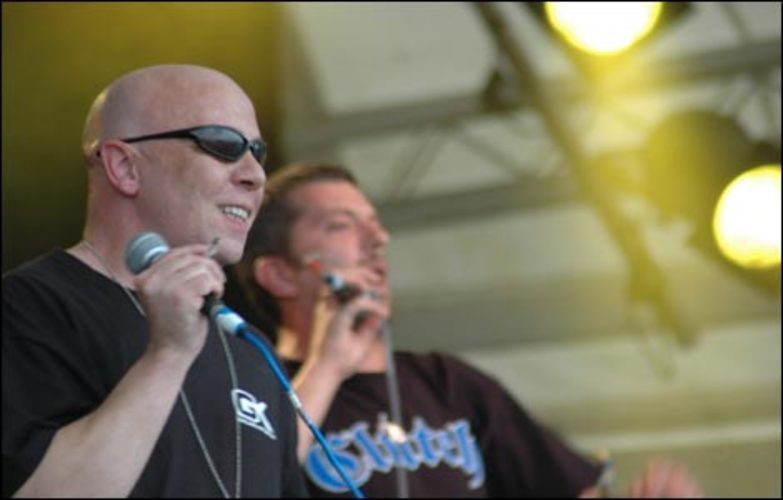 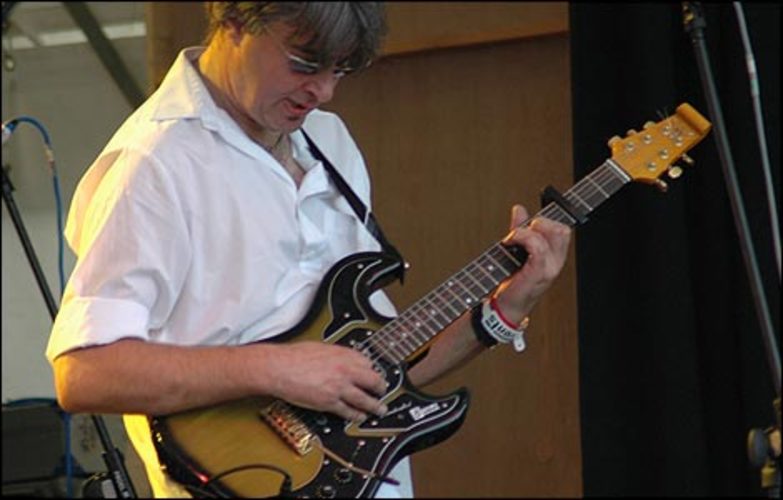 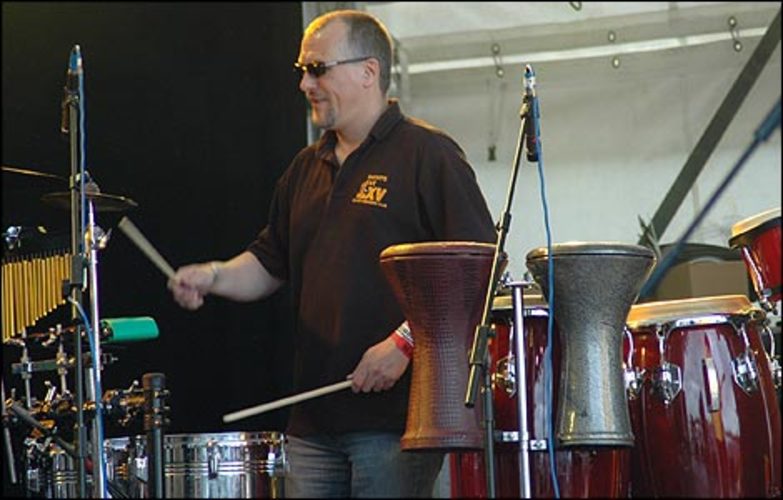 In a move calculated to cause anxiety and stress across the nation, Wilson will be appearing at the Northampton Balloon Festival on Saturday 20th August.

Not exactly the sort of event at which you would expect to find us, perhaps, but it's all the work of Jon and Griff at the BBC Radio Northampton Weekender.

For that Saturday only they are taking control of the big stage at the Barrack Road end of the Racecourse (where Desmond Dekker played that fantastic set last year) and presenting a bunch of local bands who feature on their show. It's not one of their live outside broadcast affairs (too risky - Wilson are on, you know), but they are planning on recording the event and broadcasting the best bits on later editions of the Weekender.

As well as Wilson, the event features Joe Woolley and his band (featuring our own, dear Misery), Visionstate, One Toy Soldier and Northampton Town's latest Fierce Panda signings, Atlantic Dash. Jon and Griff will be playing records, and so will the mighty Black Cat Found and DJs from Inspiration FM. Sounds like it's going to be a great day out.

Wilson will be appearing on the Weekender Stage at about 5:00pm on Saturday 20th August. It's free to get in, so bring your friends and we'll all have a proper lark in the park.

The First Wave penetrates the Balloon Festival at about 3:30 on a sunny Saturday afternoon. Happily Julie Reinger and the Weather Prophets have got it badly wrong. Deluge there is none. It's a beautiful day in the neighbourhood. The first thing we find as we enter the backstage compound is the Mystic Crew, which is a good way to start. Northampton's finest original reggae rockers have the slot before ours this afternoon, but right now the Drake Music Project are onstage. They are an extraordinary band, made up entirely of some pretty severely disabled people. With keyboards and percussion they are weaving a mad, precise and rather beautiful sort of mutated sixties soundtrack samba sound. It's like nothing you have ever heard. See them if you get the chance; you won't believe what's going on in front of you.

By the time the Second Wave has arrived, there is something even stranger up there on the stage. In my weakened condition I am astonished to see a seven foot high giant panda in a bright red satin Fun Manchu gown cavorting with an equally massive dog, a bear in dungarees and a huge koala in a yellow t-shirt with a map of Australia on it. They go into a frenzied dance routine to a song about somebody (one them, I can only guess) having a birthday. This also is like nothing you have ever seen. It is wrong, distressing and horribly seductive. Ah, the lure of plush - perhaps it is as well that Stevie G is not with us today. A nice holiday in the wholesome seaside air of beautiful Pembrokeshire will surely be better for the poor man's head. Meanwhile, I am trying to figure how I can get my hands on the panda outfit. Then I have to have some beer. Quickly.

The relentless positivity and family-friendliness of the acts onstage has completely vaporized my head. What are we doing here with our songs about cancer, corruption and war? When a nice man comes out and announces the Mystic Crew with a spiel that involves the words "positive sunshine vibrations" I teeter on the edge of panic.

Happily, the Crew are positive in all the right ways. Dennis on the bass sounds huge and he's playing a blinder. With both Robbie and Zebby onstage the Mystics are blessed with two really charismatic, tuneful front men, which really gets the crowd involved. Nothing too mental, mind, all solid, melodic stuff, beautifully delivered. Though I don't know if I'll ever get my head around the version of "I Still Haven't Found What I'm Looking For" ...however much of an improvement it is on the original.

The really good news is that all this reggae music is sounding fantastic through the big old outdoor PA. Somebody out there is clearly well on top of their job. This we find reassuring. We head backstage to assemble our kit, just in time to find our old friend Ruby the red bus pulling in with Jonny Mattock at the wheel and a well-dressed but not entirely stable Joe Woolley on board. Out of the van he comes. Over he goes. Later tonight I will find him being carried, unconscious, down the stairs on the back of Agent Wilson. Griff from the BBC Weekender comes by and asks how it went at Air 05 last night. "Chaos, mate. Like the Stooges' last ever gig," I tell him with a rueful smile. I can feel the bravery radiating off him. All his artist are belong out control.

Mystic Crew finish their set to warm applause, then there are a fairly frantic fifteen minutes of moving shit about, plugging shit in and generally sorting shit out. At 5:30 the DJ shuts down and that's it: we're on. The first sound that can be heard is a police radio, dubbed up to the eyes, floating out over bewildered balloon festival families. There are, to our delight, little knots of mates out there in the crowd. Also there is Holly. As the instruments kick in and we realise that, yes, we can more or less all hear each other on this whopping great stage, it's all set. If only the very first line of the song wasn't "Grandpa pissed his pants again"...

Bot and I are on our best behaviour. This grandpa did him pants instead. Still, it doesn't change the fact that we are starting with a tune about incest, madness, sickness and death. I'm missing Steve, me. I feel like I'm too loud and exposed on my stupid ostrich guitar. I'm wondering if we might be needing to dig deep to find a little something extra this afternoon when something comes to pass.

As the first chorus hits I look to my right and there is Curtis, craning to shout harmoniously down my microphone. No milk crates being available, the stage crew sort him out with his own microphone and - behold - we are six once again. The return of Mister E. Wilson! Curt stalks the stage, vibing things up a treat. There are enough Wilson heads in the audience to get something going and the whole set starts to roll rather nicely. Ash and Rhiannon from the Racehorse are down the front, arms in the air, rocking it properly. Holly wants to hear that song about bananas, but we play Police Chief instead. It's not the vicious maelstrom of last night, which is probably all to the good. It's measured and right and what we lose from Stevie G's wicked guitar we make up with the spectacle of a shouty bald man stamping about shouting "Kill 'im!" That and the fact that Steve Bes is on fire. Literally. Smoke rising all around him in the most disconcerting fashion.

As we come off stage there is nobody waiting with plastic handcuffs. We count this as a victory. We clear the stage in preparation for Joe and Jonny. The DJ from Inspiration FM teases the audience, telling them that they are about to see Jah Woolley.

Joe and Jonny turn in a set that is completely mental. Jon's kick drum is massive, more than compensating for the lack of any bass guitar. Joe is ranting and raving like a good 'un, shredding at his acoustic guitar, but the entire crowd has its back to him, watching as about 50 balloons take off into the lovely blue sky for their evening flight. This is something that I do not envy him. Unable to gaze any longer upon the bizarre spectacle, I join MC Bot backstage for debriefing. "So, did you know that Curtis was coming?" he asks.

"Well, he stopped by my yard about two hours ago in a big red Piper Heidsieck apron and I slipped him Stevie G's backstage pass...but I didn't know he was going to do that." "Aaaaaaah..."

We hang out behind the stage and listen to Joe and Jon ripping it up like they are The Who or something. They do a version of "Who Do You Love?" which goes mad at the end. Jon is doing ridiculous, over-the-top, out-of-time Keith Moon drum rolls. The guitar sounds very peculiar indeed. Then all we can hear is Jon whacking the occasional cymbal, apparently at random. Then we see Jon and Joe come reeling down the ramp from the stage, arm in arm, covered in sweat, gathering momentum and ready to go over in about...ooooh...two and three quarter seconds. Yup. There they go. Whump! Upright again, Jon dives into Ruby and emerges with a bottle of champagne. He and Joe make like racing drivers. At one point they have both got champagne coming out of their noses. By this time, of course, Wilson have hold of the bottle.

Of course, it turns out that we've missed it all. Kathie, who was out front, tells me all about it, how Joe smashed his guitar to matchwood in front of the whole crowd. Those weird single cymbal crashes? That was Jon synchronising with the final, lethal blows. Kathie is concerned "What's he going to do now?" she wants to know, not unreasonably. Turns out that Joe had bought a guitar especially for the purpose. "What did you pay for that then?" I ask him. "Ten quid" he replies, the devious hound. Of course, round about now I have to have another beer. Quickly.

We stick around a while to enjoy Visionstate, who do good things with the old bass-drums-two guitar line-up. Sharp and a bit modal, reminiscent of very early Oasis, but in a good way. They could make a lot of young people very sweaty. I'd enjoyed their record on the Weekender show, and I wasn't disappointed. Perhaps they'd like to play the Labour Club some time? But it's time to go now, for we have to eat and make our way down the hill to Mister Cotton's house for the mother of all parties.

Just to confirm: Nobody got arrested. Nobody got hurt. Nothing got broken. Except Joe's guitar. And he meant to do that. Honest.