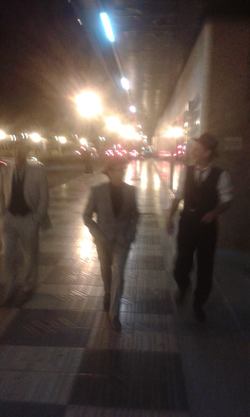 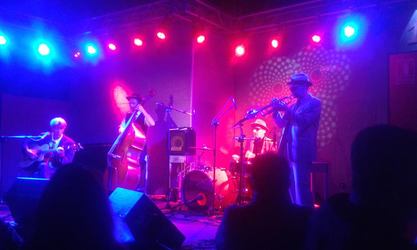 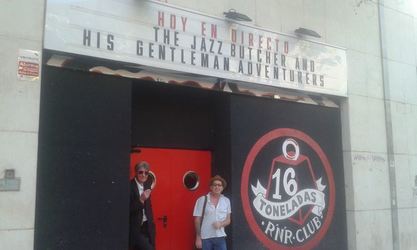 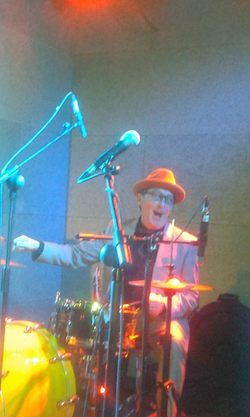 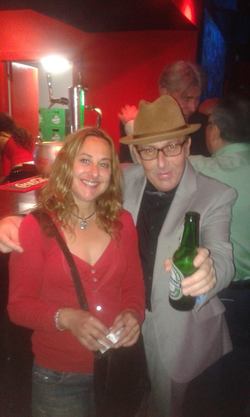 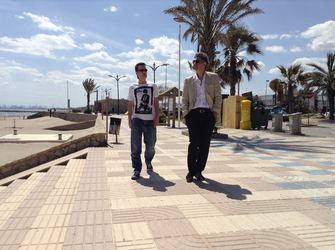 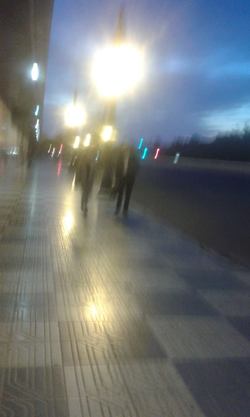 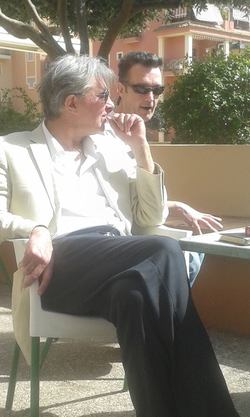 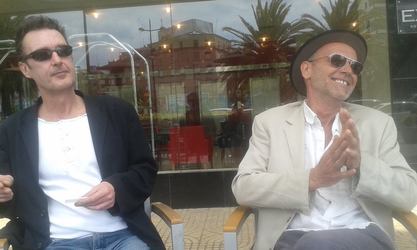 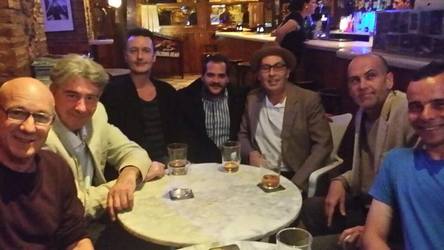 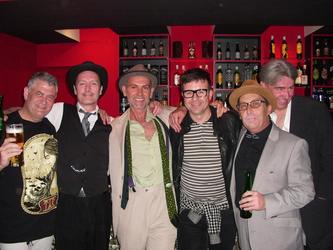 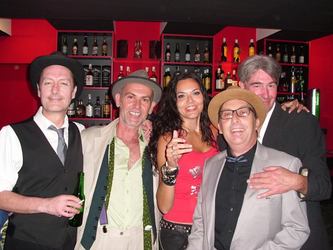 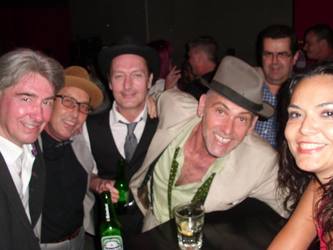 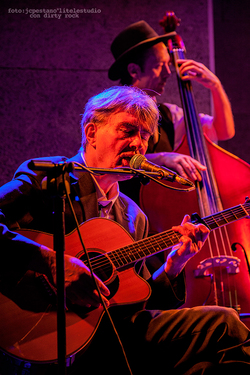 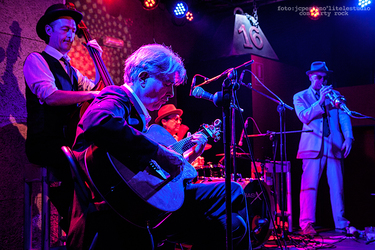 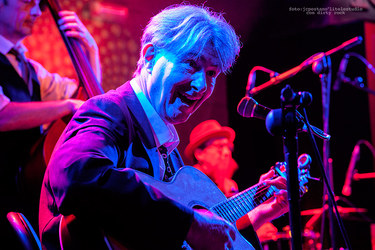 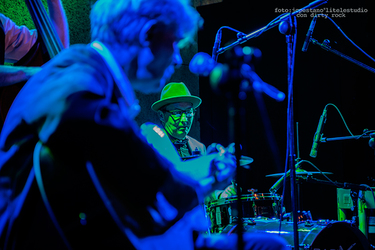 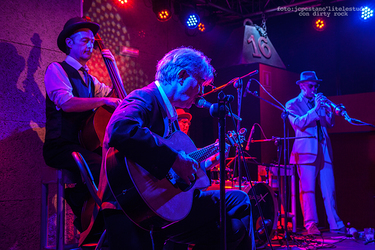 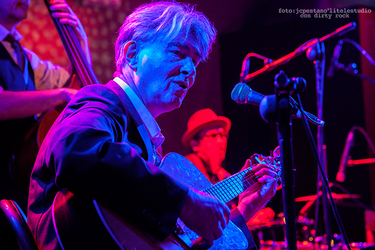 THE JAZZ BUTCHER AND HIS GENTLEMAN ADVENTURERS

Yeh. We played for about two hours. Really, really enjoyed it. All thanks to Juan Martinez Munoz, who organised it all brilliantly.

With the stigma of being a musician considered eccentric, Pat Fish has been involved in the project Jazz Butcher from early 80s to be, though, a rarity in that generation, because of the obvious influences of Velvet Underground , Modern Lovers or Dylan . That alleged eccentricity is but a form of escapism from the sound currents that marked those years and Pat slipped gracefully.

As restless musician has managed to establish parameters walking over the years, changing his youthful aggression for more sedate countenance, with the use of bass and brass section, drums and brushes in a relaxed tone in his interpretations.

His last concert in our country there was celebrating the 25th anniversary of the radio program I present and direct, The 39 sounds, available in www.juanvitoria.com , why was a performance designed to go with a little audience, but expectant and willing to connect with this new format. Some propositions extracted from his latest album, "Last Of The Gentlemen Adventurers" and drops of past performance, the combination of trumpet, effects pedals, acoustic guitar and vocal simplicity that characterizes him, Pat brought us a bluesy "Southen Mark Smith "radically opposed to the original nerve of the subject, although it showed impeccable songs that were treated almost like thirty years ago, if" Partytime ". Francophone high points like "Tombé dans les pommes" and surprising versions of "All Along The Watch Tower" dylaniana, fused with "Free Money" Patti Smith or contagious "Gloria" Them, constataban wisdom on stage has this man, hardened thousand nights face disparate gatherings to which he has never feared.

Jazz Butcher say that is a misunderstood genius is not an easy remedy; It compared with the likes of Kevin Ayers and Syd Barrett is not a truism; what is clear is that it is a creator with a crushing versatility, moving on all fronts with determination and without hesitation, engaging from the first note and that brings the audience with unusual speed. We all know that missed some songs that were emblematic of those "other 80's", but is not noticed at all, since the chosen compositions drove us along the paths that he had prepared and constataban the brightness in the composition of a character charmingly fucking British pop, with many nuances loureedianos.

The next day, to mark the day discs specialty stores worldwide, Pat took his guitar and his beloved trumpet player and a mini concert discs marked in Amsterdam, with some other unexpected adaptation, like "Take The Skinheads Bowling" Camper Van Beethoven.

A Pat Fish must love him so his music has meaning, the freedom not to give in to fads or conditions, wasted talent whenever contact with the strings of a guitar or even when he sighs. And sighs of wonder, is what they have geniuses.

1. All Along the Watchtower/Free Money