Alice Thompson : Organ
Bath Of Bacon
It's really just the sound of a few mates failing to take seriously the fact they they've got an l.p. to make. It seems VERY early eighties now, but you must remember that there was a LOT of crap for us to clear out of the way in those days.

Alice Thompson : Organ on Jazz Butcher -v- Count Dracula
The Gift Of Music
This record collects together the various singles that have been issued in England to date under the much-abused name of the Jazz Butcher, to wit: me. I rather like having them all in one place like this - it makes for a nice, noisey muck-it-up sort of disc that is ideal for leisure time at home, on the beach, in you local club.... hell, ANYWHERE!!!

Alice Thompson : Organ
Bloody Nonsense
The Jazz Butcher and his group are not in the business of belonging; they are too old and too obstreperous to conform to some attention-seeking image or commercially viable formula. Rather, they bring their not inconsiderable talents to bear on whatever happens to be in the way at the time. The results can only be described as essential.

Alice Thompson : Organ on Southern Mark Smith
Real Men
Real Men, the kind who never sit together on buses in case they get their medallions tangled. 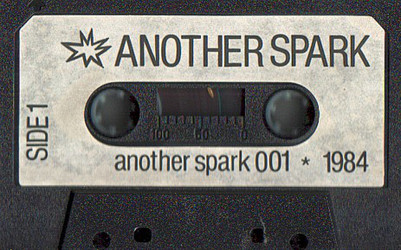