The Jazz Butcher
Dave Henderson has 4 album credits
Sixteen Years
At a time when there would appear to be no need for it, here they come again. That Purveyor of some of the most heavenly and enduring pop non-hits you're ever likely to hear has regrouped his gang of aging sociopaths and built himself, in the barns and sheds of Northamptonshire, a band. 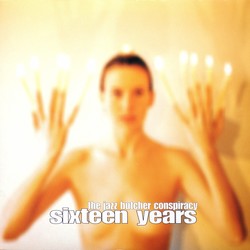 Illuminate
1994 live line-up stumbled through a series of tunes and such under Butcher's direction, aided and abetted by a number of the usual suspects; Alex Lee on guitar, Alex Green on saxes, that sort of thing.

Dave Henderson : Guitar on Scarlett , Cops And Hospitals
This Is Sumo
This inaugural disk is decidedly un-Butcheresque, with a keyboard-heavy attack of quasi-techno rhythms. Pat was known to dabble in reverb and noise, but the results were moody, melancholy textures, quite unlike the flash of This is Sumo.