I'm going mad. I believe every word I say.
I believe I'm going mad, but I know we've got to keep him away.
Now, he could be in your garden when the lights go out,
Get your head down, I guess you never worry about the burglar
The burglar of love.

sample: [He is a very sick and dangerous man.]

He's feeling evil. Oh, he's feeling mean and evil today.
Yes, I believe he's feeling evil, so you'd best try to keep him away.
'Coz he could get in your house and you wouldn't even see--
That's the way the money goes when the trade is burglary
But he's the burglar,
Burglar of love.

Burglary and the J.B.C. - It's an odds-on racing certainty,
'Coz the man who leads your gear astray
Nine out of ten times gets away.
In his burglar suit he might look a clown,
But the forces of law and order are beat hands down.
Lookie there! Where? Look at the state of that!
Follow that man in the burglar hat! 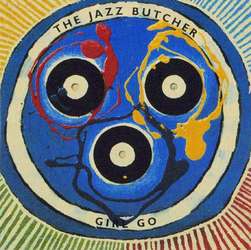