Y'know?
Western Europe's still a civilized place
Despite those Americans all over the place
But just the other week, i saw it take a little dive

I have always believed that if you're lucky enough
To have a leader who is friendly, decent, honest and just
And not a Tory
You'd better keep him alive

Well, you didn't read about him in the English papers much
But he used to govern Sweden with a magic touch
Everybody liked him even though the liquor prices were high
And my god are they high

But all the taxation helped to pay the bills
For stuff like better work conditions and the curing of ills
It made sense, and ladies and gents that's why...

Oh, what'd they have to go and shoot him for
Plenty of Prime Ministers deserve it much more
He was only coming home from the Cinema
And they shot him 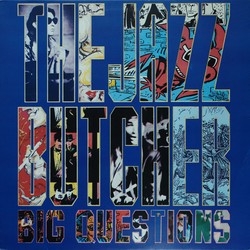 The Jazz Butcher contribution coincided with the release of The Gift of Music. Here again, this compilation-tape came with a fanzine and was also available as a limited package with the "Uncle Arthur's Pop Parlour" compilation-tape in addition.

1984, my friend Dave Seabright bought the ‘Marnie’ 7” and I bought the 12”. ‘Butch’ became my first musician ‘mate’. I don’t mean we used to hang out and drink together but for a while we corresponded regularly: letters and postcards, long phone calls and we’d swap tapes and suggest bands that each other should listen to.

When Dave Driscoll and I decided to put the ‘Abigail’s Birthday Party’ tape together, we approached a number of bands asking for contributions. There were a lot of no replies and a lot of "nothing to spare" messages which put a huge dent in our confidence. Then we received a tape from Pat with about half a dozen songs to choose from! That’s how we ended up with ‘Olof Palme’, an exclusive at that time! 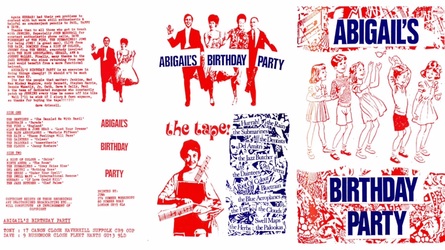