She left the cat in the air with something dead in its mouth
Packed her garbage collection in a bag
And then she headed down south
All join in the behavioural sink
She was on drugs, now she's on the brink
She's the angriest animal ever
She came through on the phone like a native
She's a yo yo

He's the king of inanimate objects
He woke up too late as usual
Yeah, right
We live in a sink of iniquity
Nothing we do makes sense

Mr. Norris turned left at the lights in Berlin
It's so appropriate it makes me grin
Shoop! Shoop! Put him with the others!

Buy These Records
She's A Yo-Yo 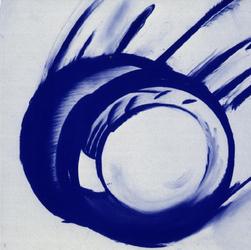 CD
Unconditional
One of the better Creation-era compilations. Canadian release.

¡Excellent! The Violent Years
Millions of years ago, dinosaurs ruled the Earth. Today the Galileo Space Probe orbits mighty planet Jupiter. The Jazz Butcher Conspiracy first appeared in June 1982 in the back room of the Black Lion in Northampton. They finally drank the bar dry in a small town in in Mallorca on the 20th August 1996

The Butcher Says..
A sorry tale of bad people on bad diets doing bad things. Alex Lee gets to do his impressions of "Desert Storm" while Richard Formby goes backwards. Joe makes motorcycle and I still feel like the Elephant Man.
Source: Unconditional liner notes